Creating a humanoid robot that can walk over all kinds of junk, like a parent traversing a child’s LEGO explosion of a room, is no easy task. The idea is the same for both the parent and the robot. No matter what you step on, stay upright. 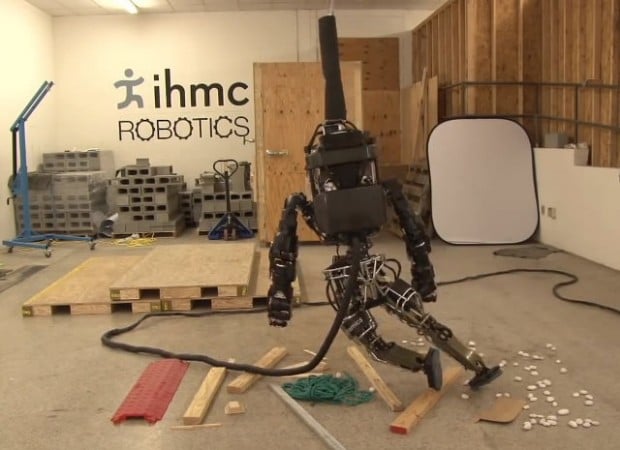 So check out this video of The Florida Institute for Human and Machine Cognition’s Atlas humanoid robot trying to navigate a bunch of wood and rope, because researchers didn’t clean their room. Naturally, the robot struggles to stay upright. Damn kids! But don’t worry, it was wearing a safety harness, which kept it from breaking a hip.

The video is fascinating and kinda funny as the robot takes its nervous steps and eventually loses it. At least robots don’t feel pain. Yet.

[via I Programmer via Geekologie]