Paramount Digital Entertainment has launched the classiest mobile game ever conceived. The game is called Anchorman 2: Scotchy Scotch Toss and it’s the “greatest app n the history of western civilization.” The point of the game is to toss ice cubes into Ron’s glass of scotch. 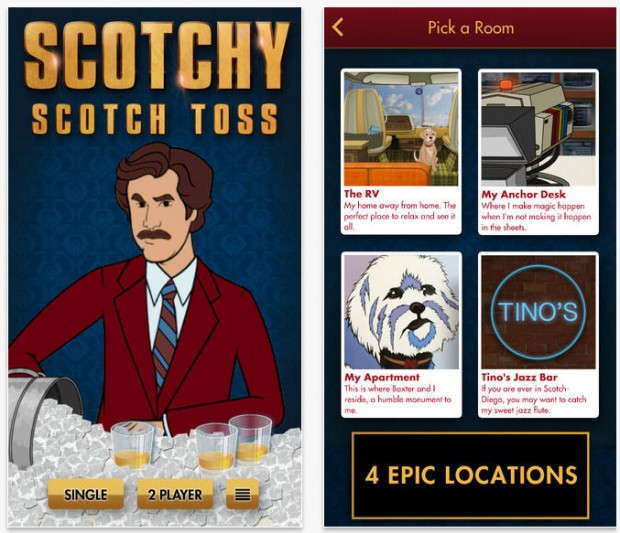 The game has over 300 one-liners recorded by Will Ferrell as Ron Burgundy. You can play against the computer (Ron) or play against friends. The game has four locations that are from the new film, including Ron’s RV, the Channel 4 News desk, Tino’s Jazz Bar and Ron’s apartment. 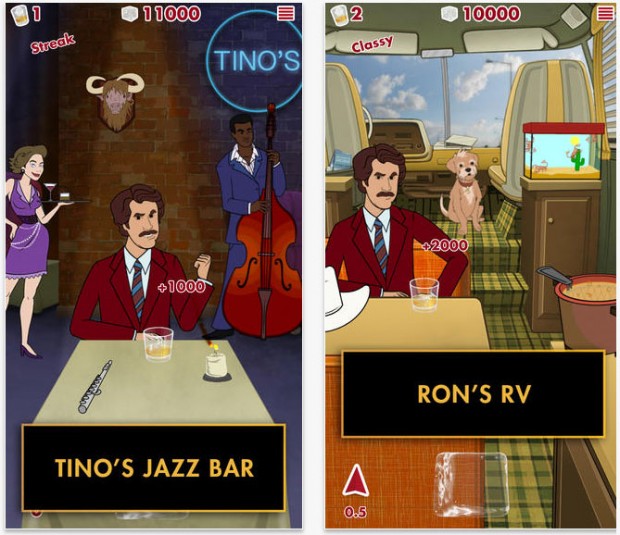 The game is available for iOS users for 99 cents on the App Store, and an Android version is coming soon.