Assemble a Cabinet at Them: the War Doctor’s Sonic Screwdriver

So the Doctor Who 50th anniversary special has come and gone and it left us with some amazing memories. Like when the three Doctors were all wielding three different sonic screwdrivers. There’s also John Hurt’s memorable line of “Those are screwdrivers, not weapons. What are you going to do, assemble a cabinet at them?” And now it looks like you can already buy the War Doctor’s sonic screwdriver. 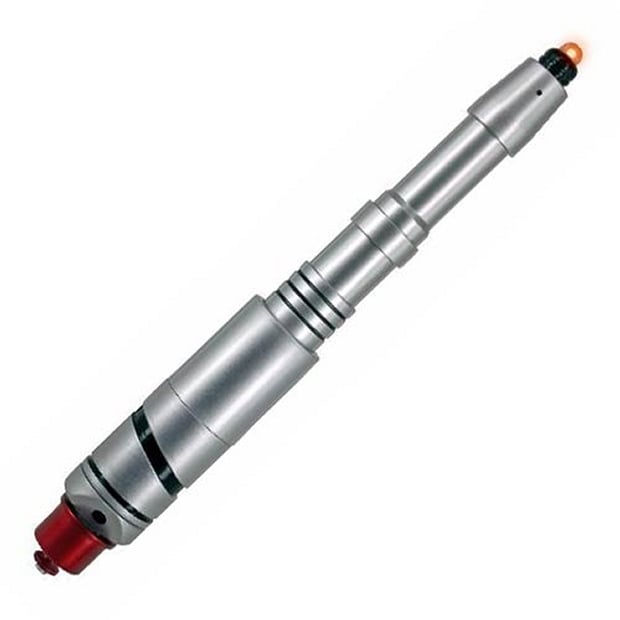 The War Doctor’s sonic screwdriver looks very weaponlike compared to the others as is appropriate. This sleek sonic is metallic and tipped in red. It is available for pre-order now with delivery in January of 2014. It is only $27.99(USD) from Entertainment Earth.

Too bad we don’t get to see more of the War Doctor, but his sonic screwdriver will live on forever.