As with its predecessors, there are lots of tools available to hardcore Pokémon X & Y players, such as the creature map, the guides to hatching – or catching – shiny Pokémon, breeding Pokémon with perfect stats, as well as a slightly shady program that reveals the identity and stats of Pokémon eggs shown to you in trades. Then there’s the “Battle Analyzer”, a program that outright breaks Wi-Fi battles. 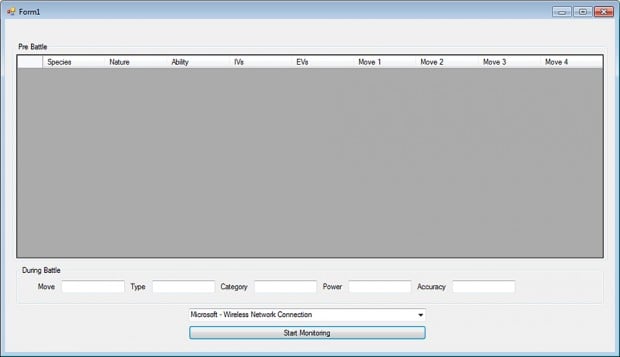 Apparently the Battle Analyzer is a Windows program that intercepts data from online battles when the despicable cheater uses his PC as a wireless hotspot for his 3DS. As pointed out by NeoGAF forum member UltimateIke, the Battle Analyzer not only shows you the names and stats of the Pokémon on your opponents team, it even shows you the specific move that he selected for the current turn.  If you’re a decent battler, you’ll almost always have a balanced group of Pokémon at hand to cover all threats, but normally you can only react to or at best guess what your opponent will do. The Battle Analyzer effectively removes that challenge.

Hopefully Nintendo can come up with a way to patch whatever hole makes this cheat program work.

[via NeoGAF via GoNintendo]