New Pokémon Cards Follow the Evolution of Their People

I never played Pokémon growing up, but my son loved the cards for a long time. It seemed I couldn’t walk around the house without stepping on a card or Pokémon toy of some sort. One of the things that he tried to explain to me a few times was how exactly the Pokémon changed over time. A new set of Pokémon cards has turned up that shows how the kids and their families evolve alongside their Pokémon companions. 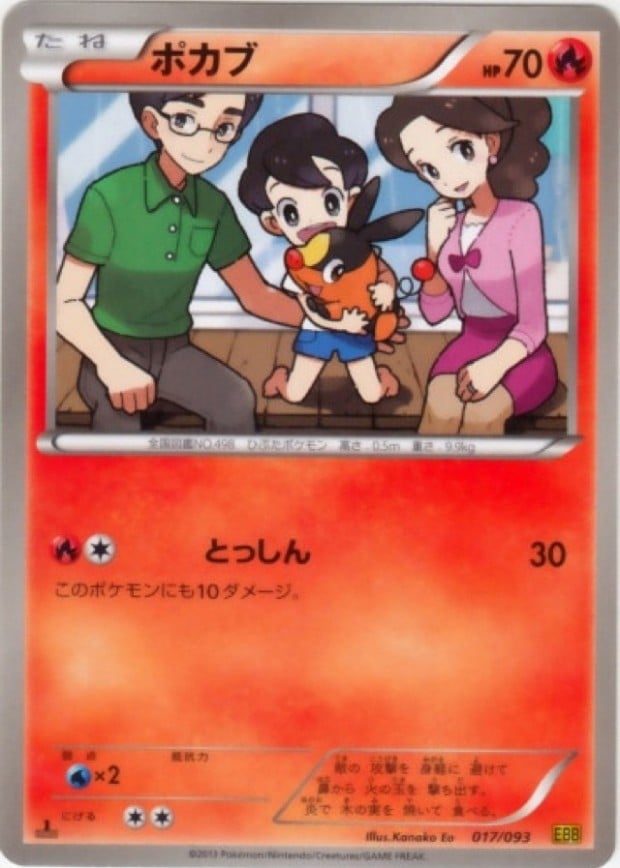 The first of the cards shows a little boy with his parents and a Tepig. The next card in the series show the boy a bit older with parents and a little sister in the picture with the Tepig evolved to a Pignite. 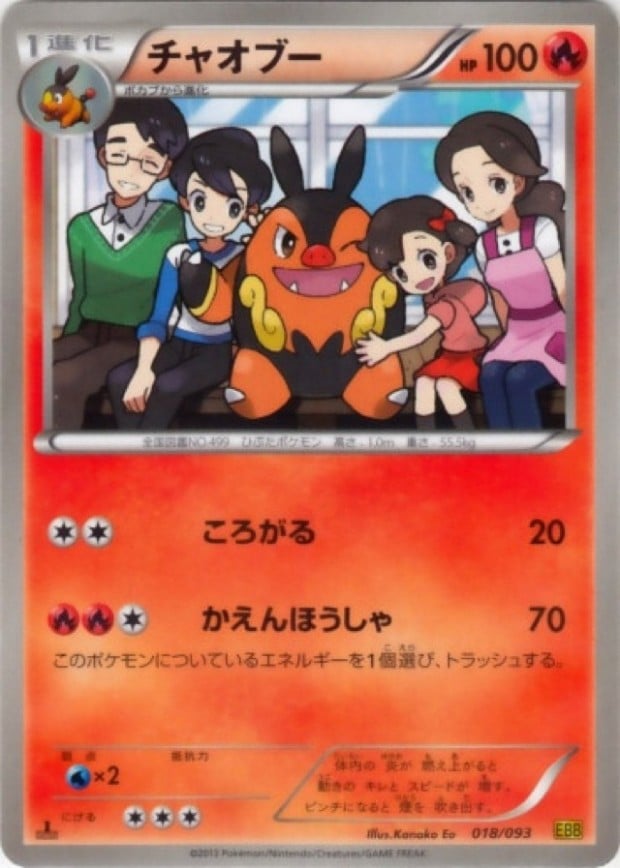 The final card in the series show the Tepig is now a full-grown Emboar, the boy grown up and married with kid of his own and the little sister grown up along with older parents. The cards also show the new stats for the Pokémon as it grows. 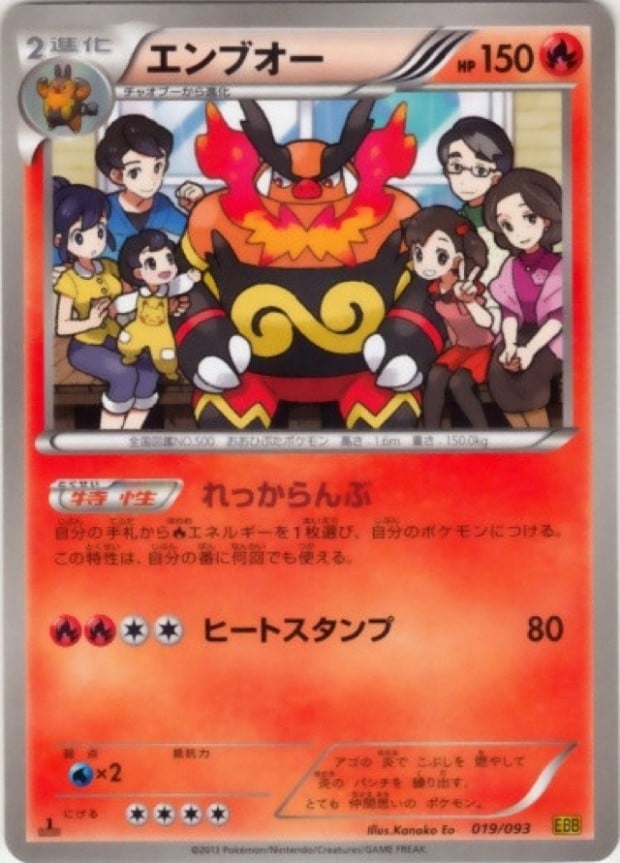 The cards launched in Japan as part of the EX Battle Boost expansion.

So what have we learned from this? Pokémon will surely outlive us all.