I’m pretty sure that White Tiger’s huge star destroyer will be a sight to behold when it’s finished, but I wouldn’t be surprised if it’s not as polished as this 1:2,256 scale model of the Imperial II star destroyer by model kit builder Cho Jin Hae aka Darth Maul. From what I can tell this seems to be based on a ready to assemble kit, but Cho Jin Hae did the painting and lighting. 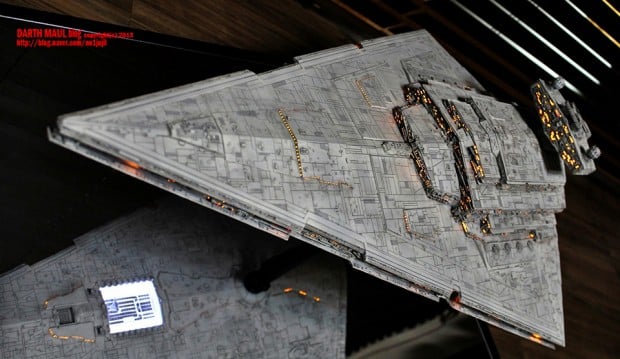 While Cho Jin Hae’s model is nowhere near as large as White Tiger’s build, the lighting on it is really well done and makes the ship come alive. 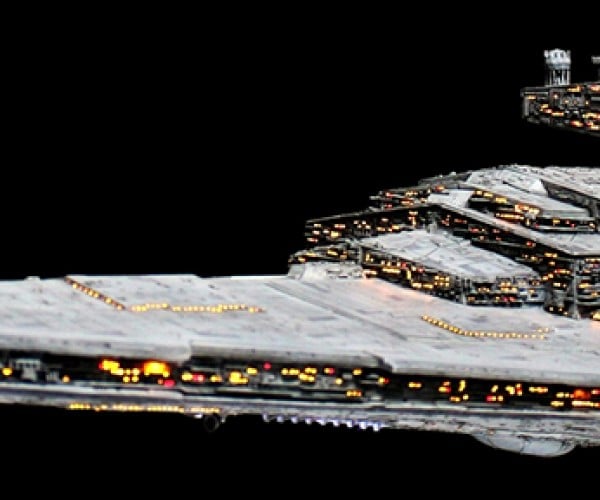 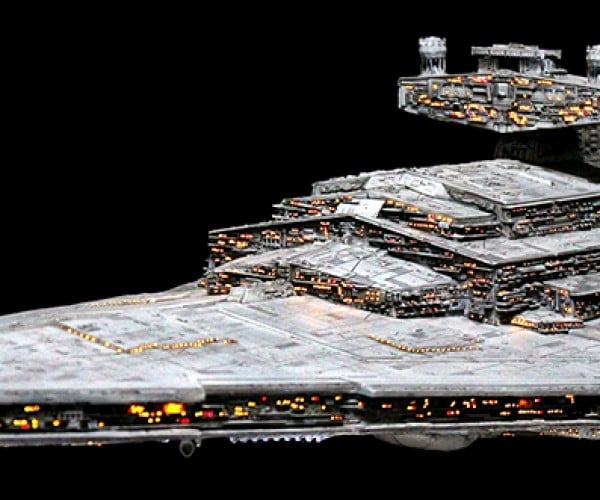 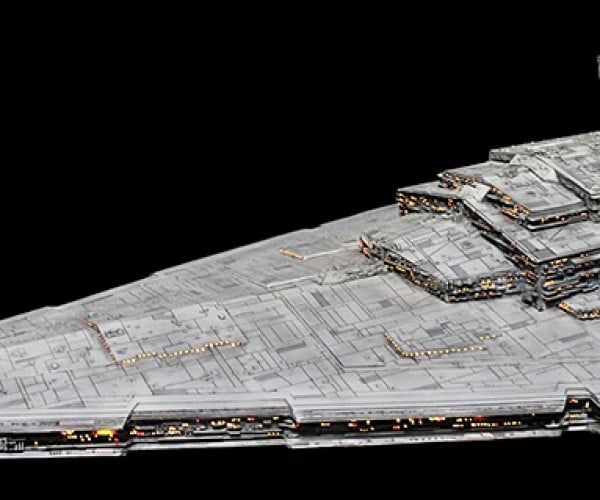 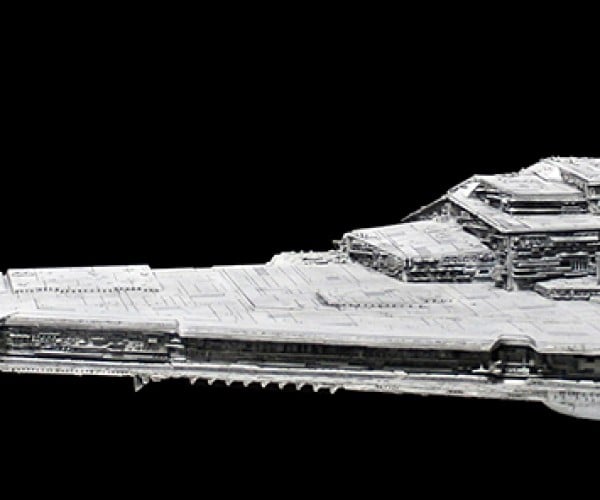 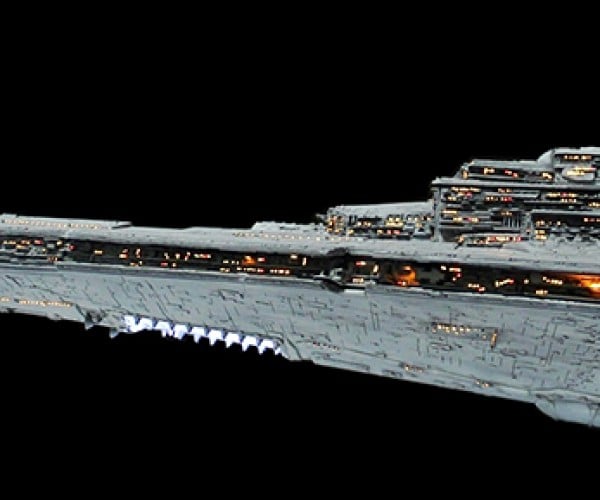 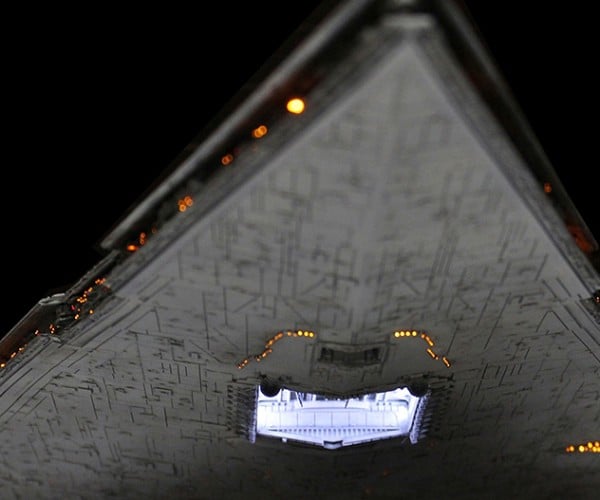 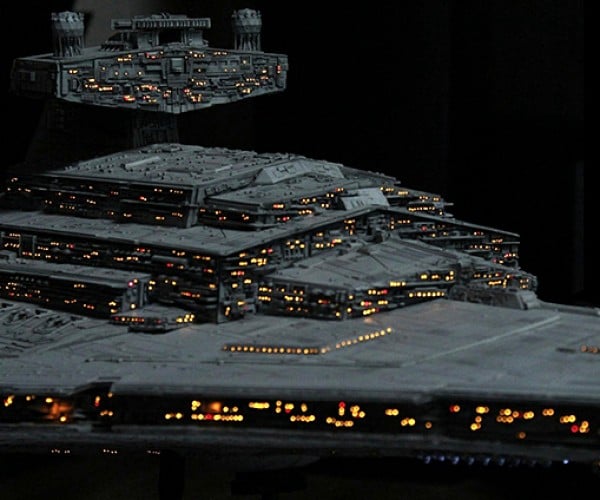 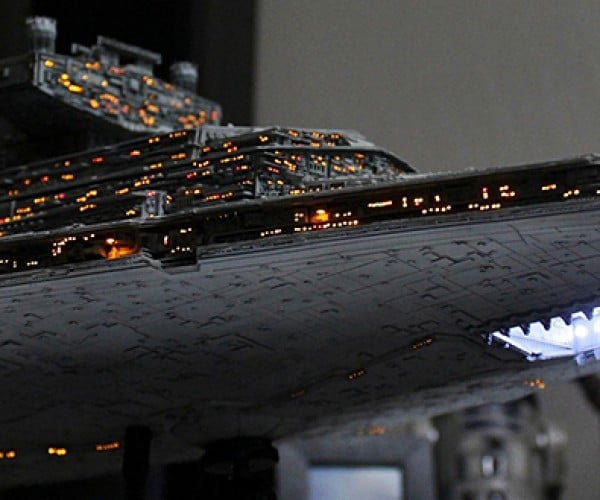 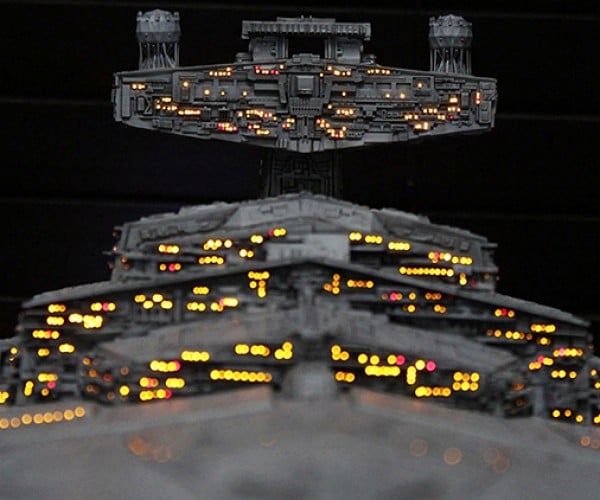 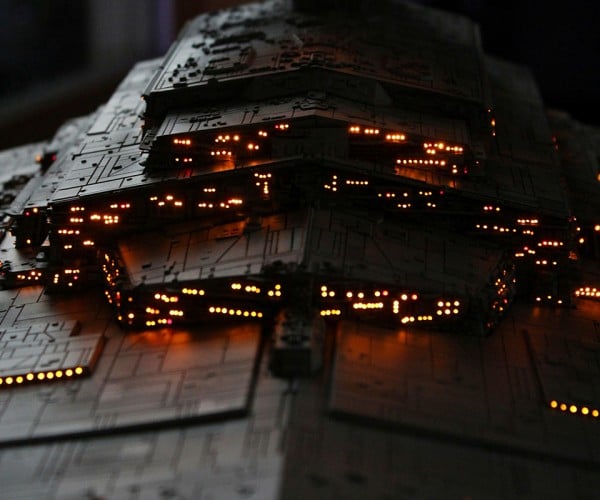 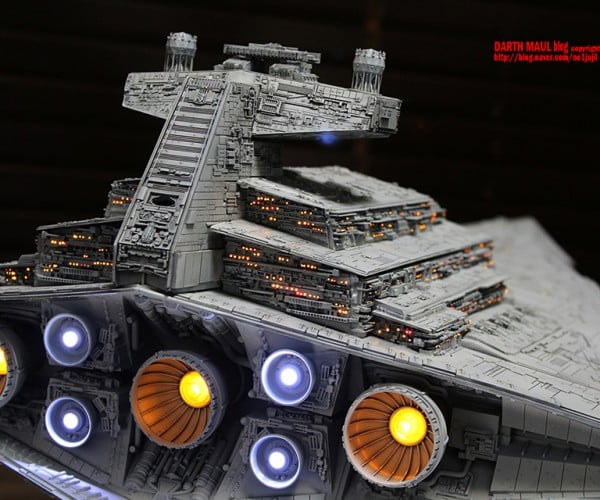 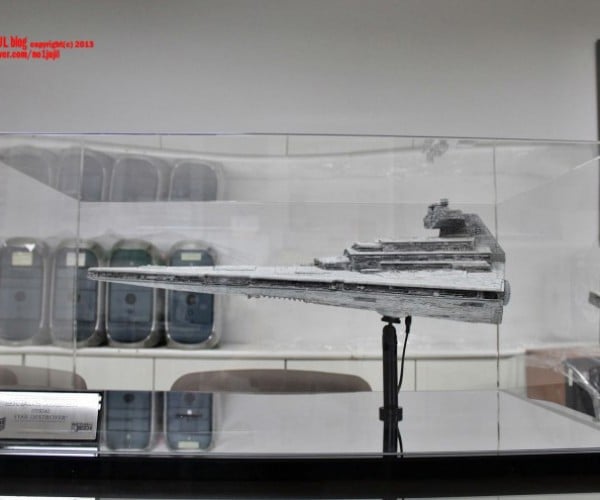 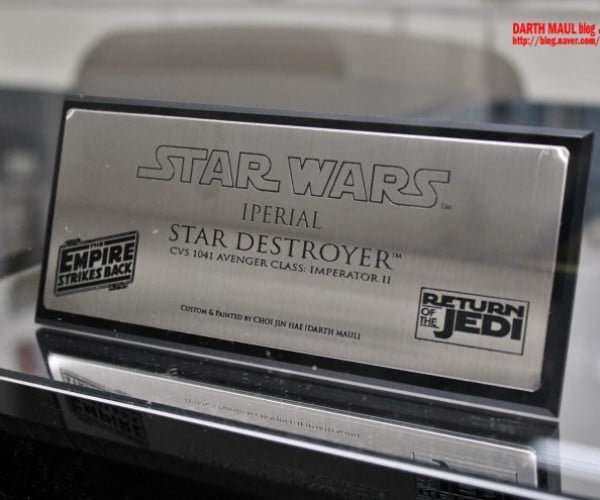 Check out more images of the scale model on Cho Jin Hae’s blog. He also posted a couple of in-progress posts here and here.