Despite the fact that I live in the city and have a really tiny lawn, I’m still really bad about mowing my lawn regularly. I think I’d rather stay inside and build things out of LEGO. But maybe if I had a LEGO lawnmower, I could kill two birds with one stone. 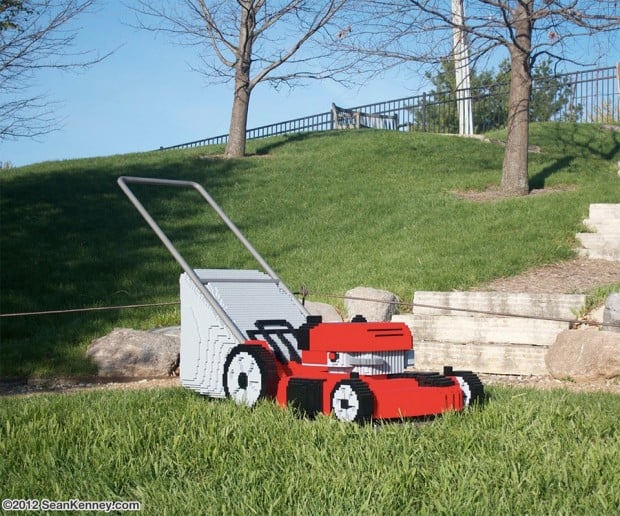 LEGO artist Sean Kenney has already beat me to the punch, having built this amazing lawnmower out of bricks. The full-scale mower was built using 13,704 individual LEGO bricks, and took Kenney and his assistants over 200 hours to design and build. 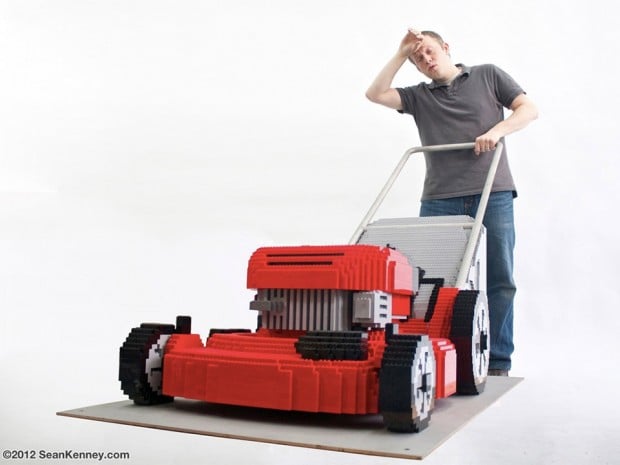 The mower was built for Kenney’s traveling LEGO exhibition Nature Connects, which is touring the U.S. through 2016. It’s currently on exhibit at the North Carolina Arboretum in Asheville, NC through January 5, 2014, among many other amazing LEGO creations. 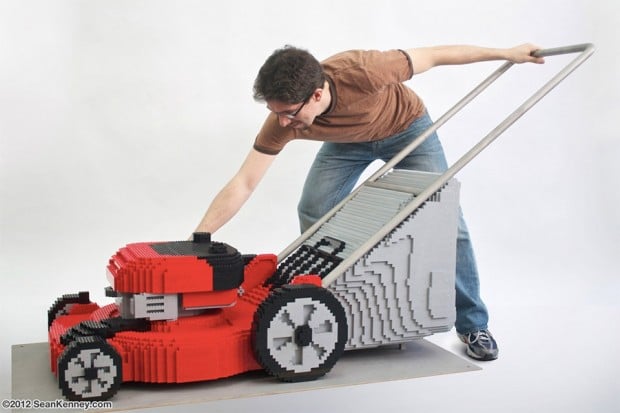 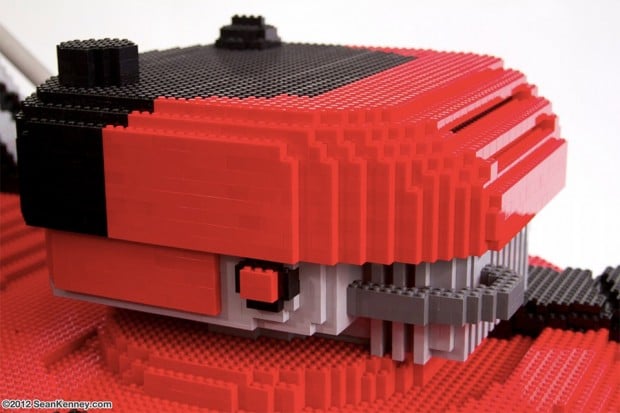 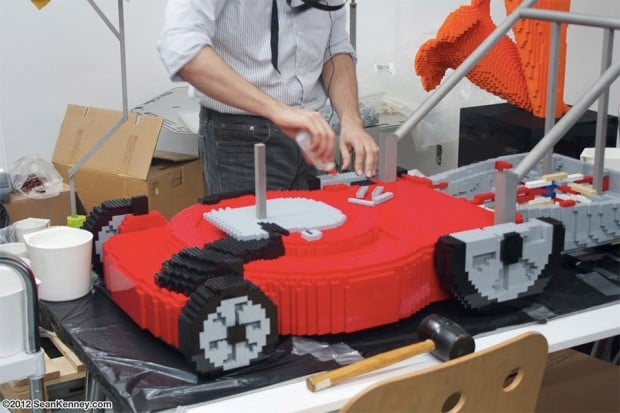 Unfortunately, the LEGO lawnmower isn’t functional, but that’s okay with me. I’d be happy to just sit and stare at it instead of cutting the grass anyhow.