There are plenty of things to be afraid of when you are in the dark. Anything could be walking your darkened halls and waiting to pounce on you. Aliens, a Predator, maybe even Weird Al Yankovic. Darkness is our enemy. I say embrace your fear and gather enough courage to install this awesome Alien Facehugger light switch plate. 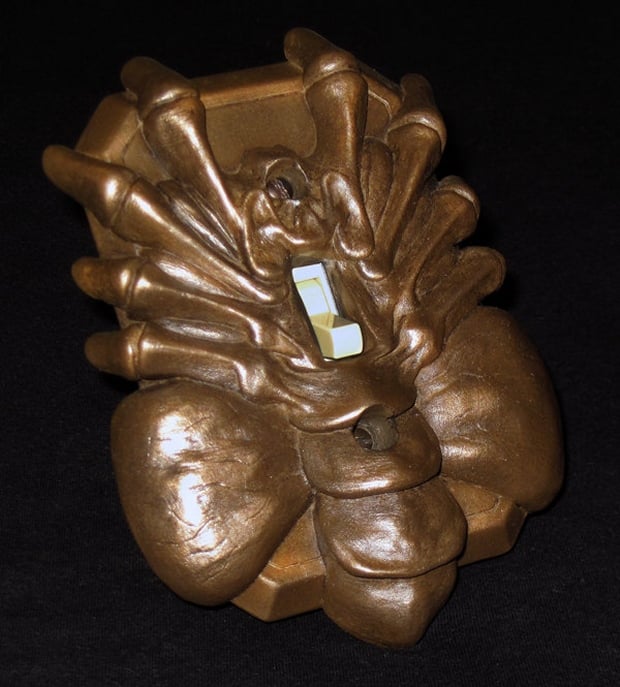 Sure, it is scary, but at least you know it is there and not moving anywhere. It might even scare some of those other demons away. Besides, when a facehugger is busy hugging your wall switch, it’s all good. It is too busy to hug you to death. 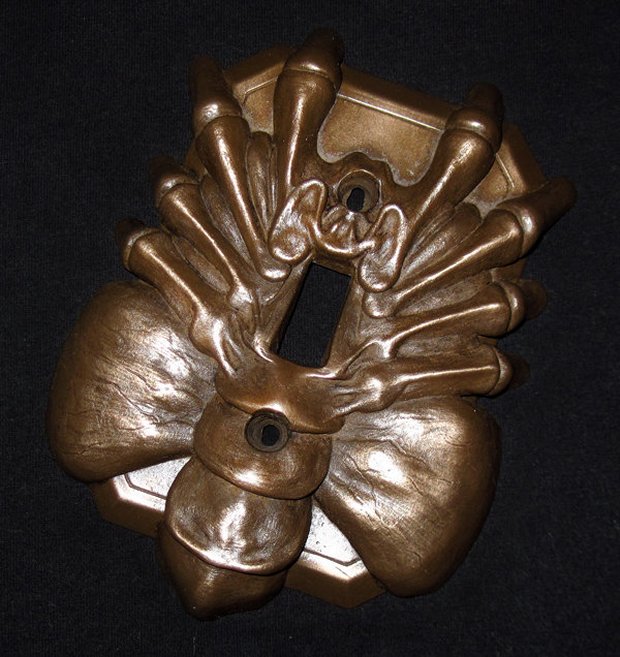 It’s made from resin and cold cast bronze by Afterlight Sculpture and sells for about $24(USD). I don’t recommend ever flipping it to the “off” position though. 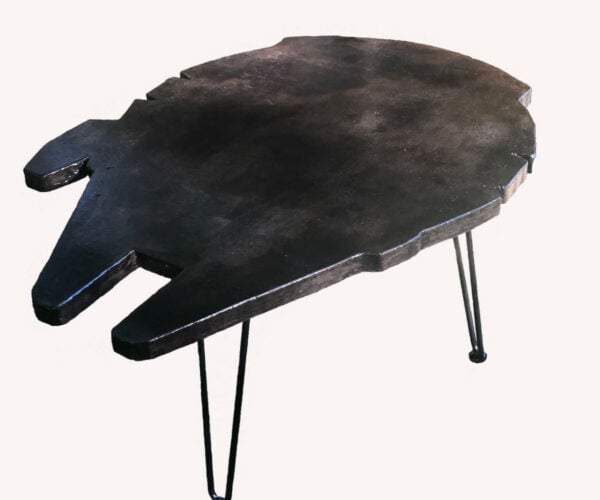 Millennium Falcon Concrete Coffee Table Has Got It Where It Counts, Kid