Now is your chance to own Han Solo’s actual DL-44 blaster from The Empire Strikes Back and Return of the Jedi. This classic weapon is currently up for auction on invaluable.com with a starting bid of $200,000(USD). Sadly, it is a non-firing blaster. You’ll have to provide your own special effects. 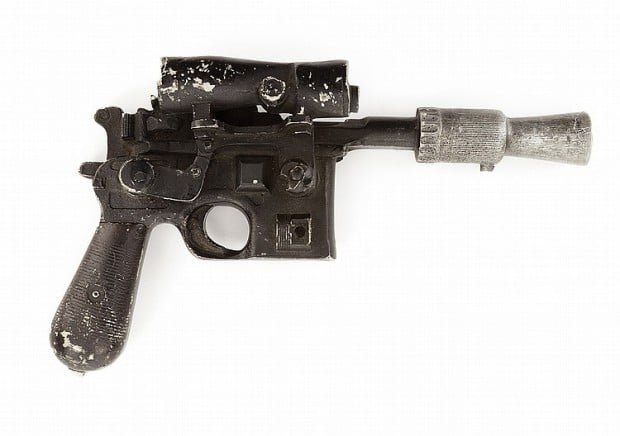 This blaster was used in the majority of scenes that feature Han, unlike the heavier version that was used for close-up shots. You would have seen this weapon in scenes like when Darth Vader uses the Force to whip the blaster out of Han’s hand in Empire, and in Jedi when Han wrestles with a Stormtrooper to regain his blaster on Endor. 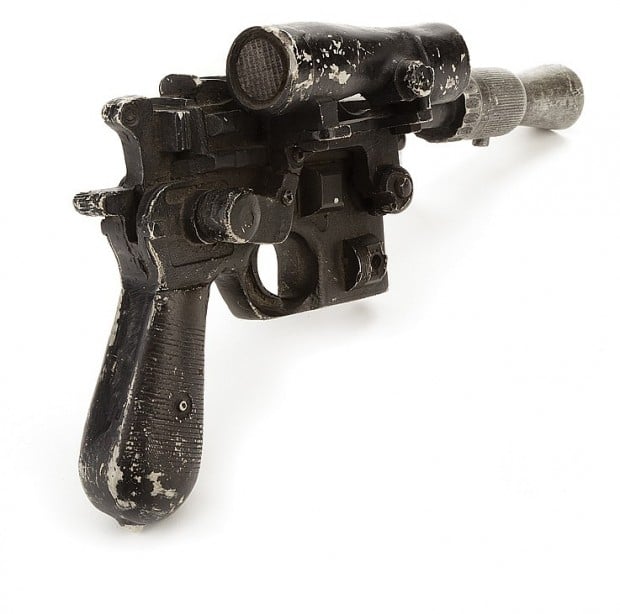 There are no bids yet, so be like Han and bid first.  It is an awesome weapon from a more uncivilized age. Even beat up, this blaster design is amazing looking and an awesome piece of movie-making history. 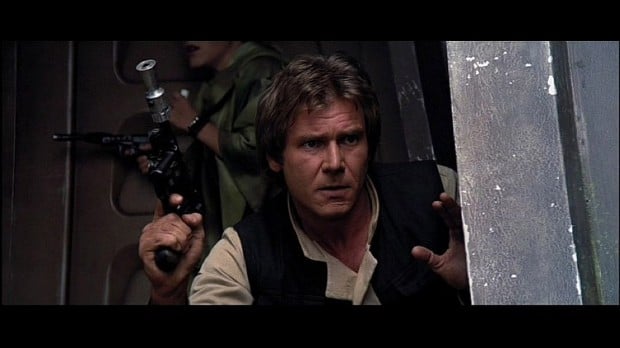