NASA is always out to find new way to propel their rockets. One enterprising geek apparently took it upon himself to send NASA a proposal to power a rocket with a “shit load of Coke” and a bunch of Mentos. Clearly, the letter was meant as a joke, but NASA Associate Administrator Steven Malkovich took the time to respond. 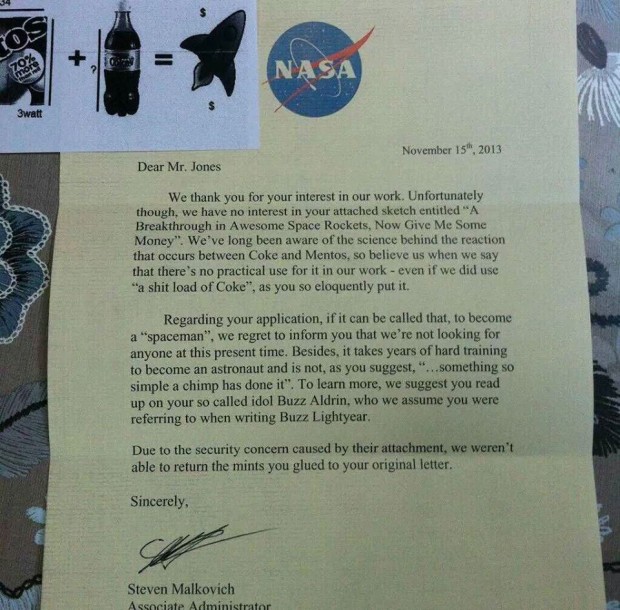 Malkovich told the sender, one Mr. Jones, that it had no interest in his rocket proposal. NASA says there is no practical use for the tech, even if they used a “shit load” of Coke as Mr. Jones suggested. My favorite part of the NASA response is where they point out it takes years of training to become an astronaut.

Mr. Jones had apparently said that he wanted to be a “spaceman” and that it appeared to be so simple even a chimp could do it. You can click the image of the letter to get a better look at the text for yourself. I’m now crafting a much better plan to fuel rockets involving feeding astronauts a steady diet of Taco Bell Chilitos and a flatulence capturing apparatus.