How Much Sunlight is There Going to Be Today? This Calendar Will Let You Know

You might not realize it yet, but the sun – or rather, the amount of sunlight you can expect for the day – plays a big part in most of your plans. Nobody wants to drive out to the beach when the sun is expected to set early, or trek a mountain while they’re losing daylight. 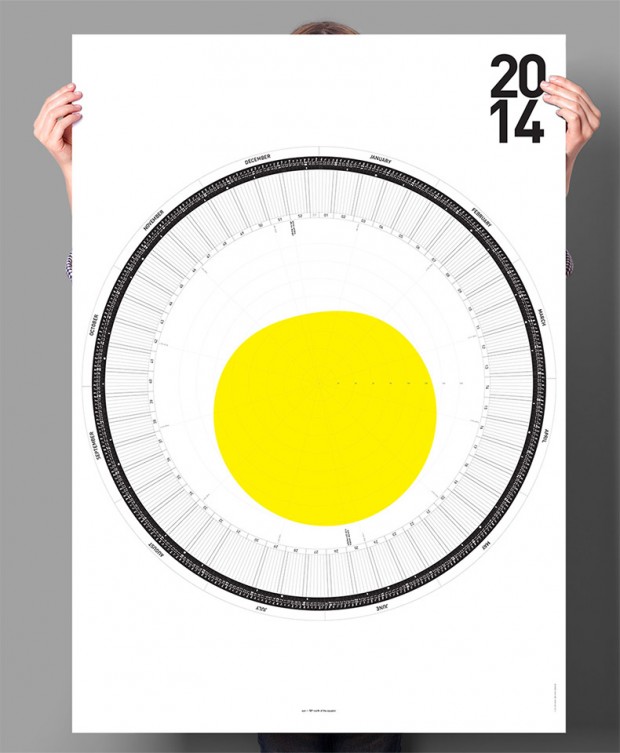 It’s not just a preference, because it also has impacts on people’s safety and general well-being, too. Recognizing this is graphic designer Sören Lachnit, who came up with the Circular Calendar. What the name implies is what you get. But aside from shape, his unusual calendar also includes a visualization on the amount of sunlight that will be available throughout the year. 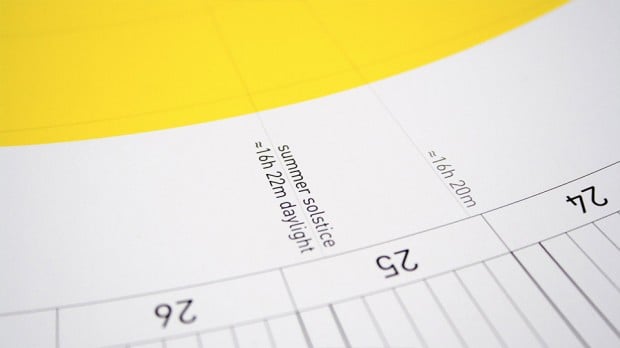 The dates are spread out all around the sun in the middle. The closer the date is to the sun, the more sunlight there is during that period. When it’s hung on your wall, it looks more like a piece of art rather than just a calendar, so that’s definitely a plus. 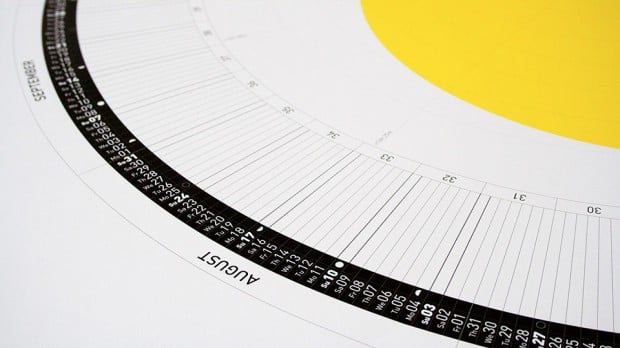 The Circular Calendar were being sold for 25.99 Euros (~$35 USD) online, but unfortunately, the 2014 edition is already sold out.

[via Wired via Laughing Squid]