Comedian Pete Holmes is at it again with another Ex-Men video. In the series, he dresses like Professor-X and fires some underperforming X-Men mutant. The last time I mentioned one of these videos it was the incredibly lame Jubilee that was getting the axe. 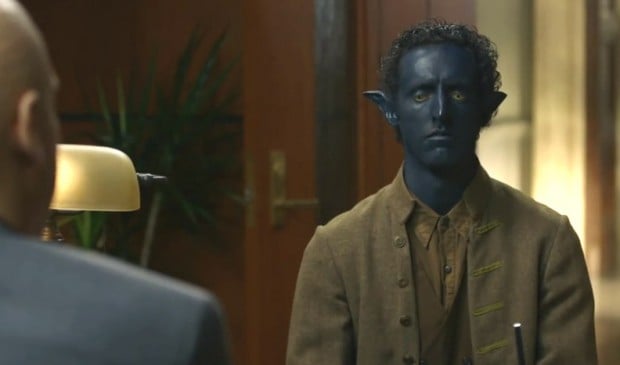 The new video sees Nightcrawler getting shown the door. Professor X brings up something I’ve never really thought about, what exactly does the smoke Nightcrawler leaves behind when he teleports smell like? Apparently, the answer is something stinky. At one point, Professor X says it smells like the Predators dreadlocks. I laughed hard.

As with all the other Ex-Men videos, it’s mostly a string of insults. In fact, at one point Nightcrawler asks Professor X if his home for mutants was just a ploy so he could lure mutants in and insult them. Professor X replies: “a little bit.”