You use your GameCube for playing games right? Turns out, you’re doing it wrong. You’re supposed to smoke it. Well, that’s the case with this one anyway. This modified version was seen at the Nebula Vaping Lounge in Mesa, Arizona and goes by the name the “VapeCube”. 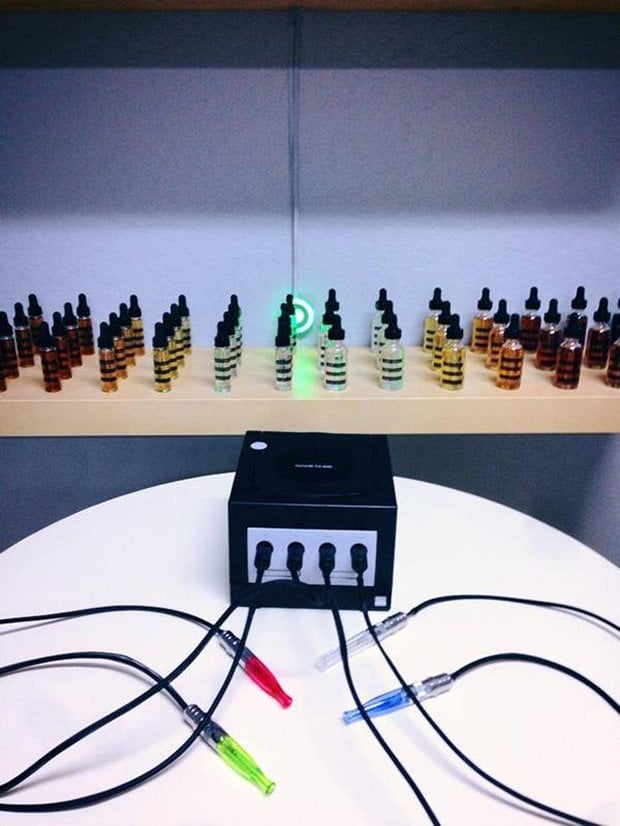 Before you ask, no, it is not for sale. Who knows, that may change in the future if they think this is popular. If that doesn’t fill your smoking/gaming void, you can always pick up some electronic cigarettes made out of NES controllers.

I wonder how much a pack of Nintendo Entertainment Smokes (NES) costs.