Mirror Boombox is a Bluetooth Speaker in a Mini Cooper Mirror

If you are looking for a gift to give a guy or gal on your Christmas list that likes cars and music, the Mirror Boombox is the ticket. The company behind the Mirror Boombox is called Iui Design and it crams the Bluetooth innards from a portable speaker into the shell from a Mini Cooper mirror. 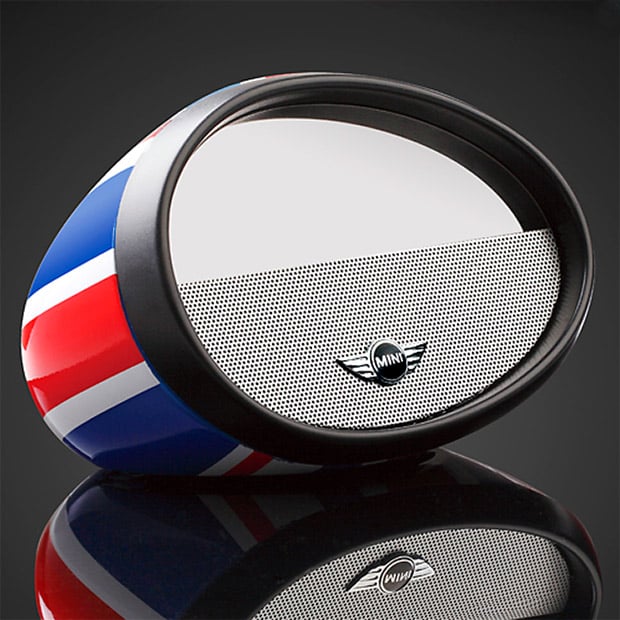 If you have ever seen a Mini running the streets, you may know that the company makes a number of interesting mirror cap designs. The Mirror Boombox can be had in the traditional red, white, and blue Union Jack or a black, grey and white Union Jack. For fans that like to win, you can also get the Mirror Boombox in a checkered flag motif. 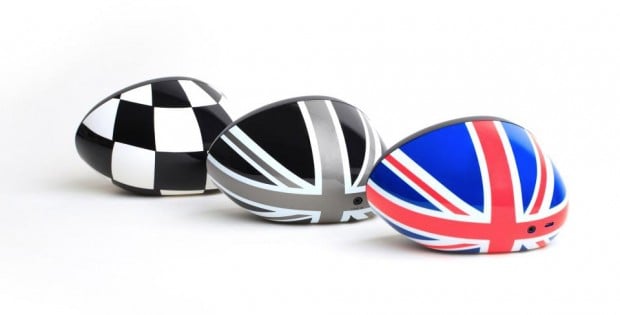 It connects via Bluetooth 3.0 technology and supports NFC pairing. The device also has a mic so it can be used as a speaker phone. The speaker has 8W of power and supports AAC over Bluetooth. The speaker also has the ability to connect to two devices at once and a 3.5mm input. The portable speaker has a battery good for eight hours of playback. And yes, doubles as a mirror.