When I was a kid, if you wanted to spruce up your bike, you just put a baseball card in the spokes. These days kids have all kinds of cool features on their bikes. Take the Phantom Frames kids’ bike. It is made from sturdy polycarbonate, which is cool, but the main feature here is the bike’s cool glowing effect. 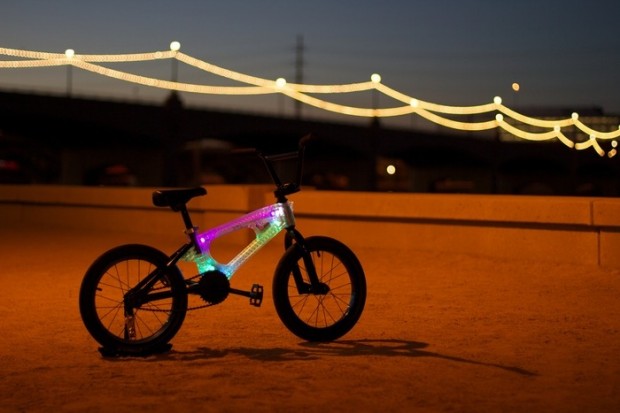 This illumination is achieved through an array of LEDs set inside the bike’s translucent frame. It subtly stands out during the day time, and at night it gets all wild and crazy. The “pipeline” technology of the Phantom Frames bike allows the design to have working LEDs inside its frame, powered by AAA batteries. 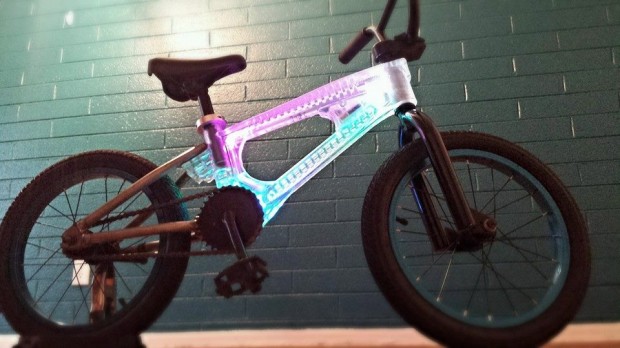 There are two different versions of the frame: The smoked Ghost Frame and the Ice Frame which is completely clear. 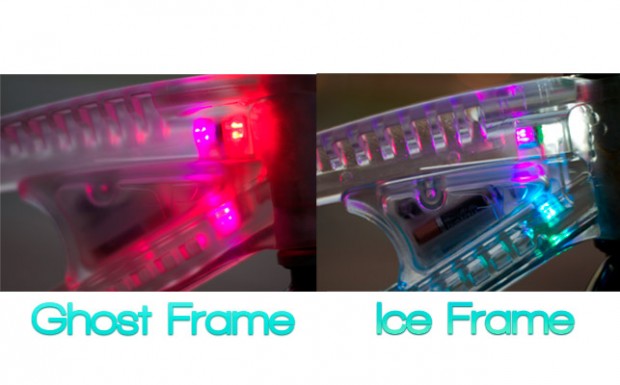 You can help fund the Phantom Bike on Kickstarter now through 1/3/14. And check this out. You can get an entire bike with all the LED lighted frames with a pledge starting at $165. Before you get too excited though, the bike is just available in kids’ size.