A couple of years ago we saw a map of New York City done in the style of Super Mario World. Here’s a great complement to that map, a chart of the Big Apple’s subway depicted in the same style by Robert Bacon. What’s up with Staten Island? 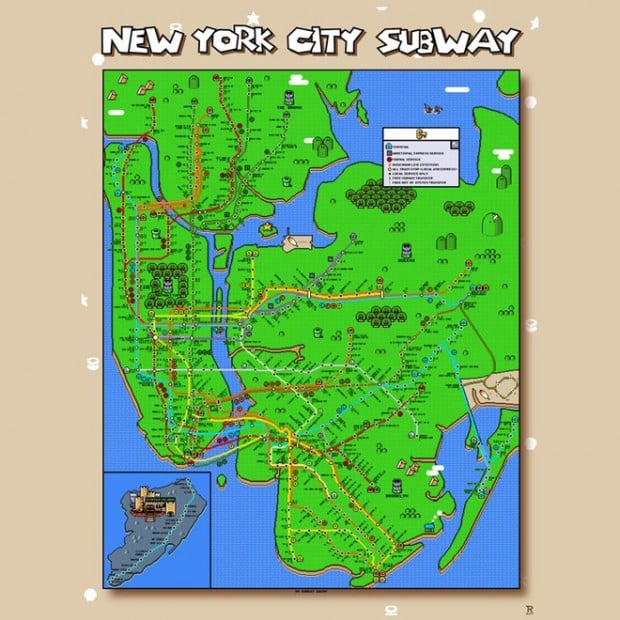 Here’s the official map of the subway for comparison: 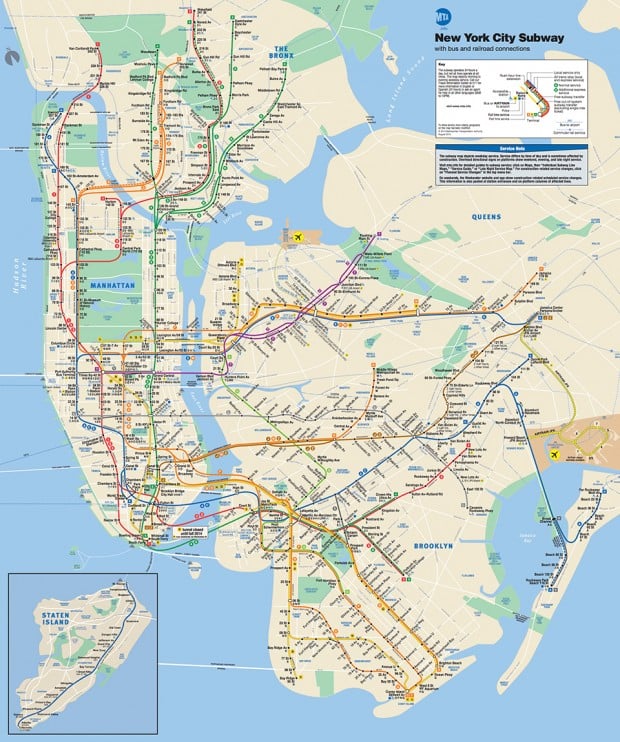 Watch the video to get a closer look at the map:

Robert also made a Super Mario Bros. 3 version of the map, which is a tad easier on the eyes. 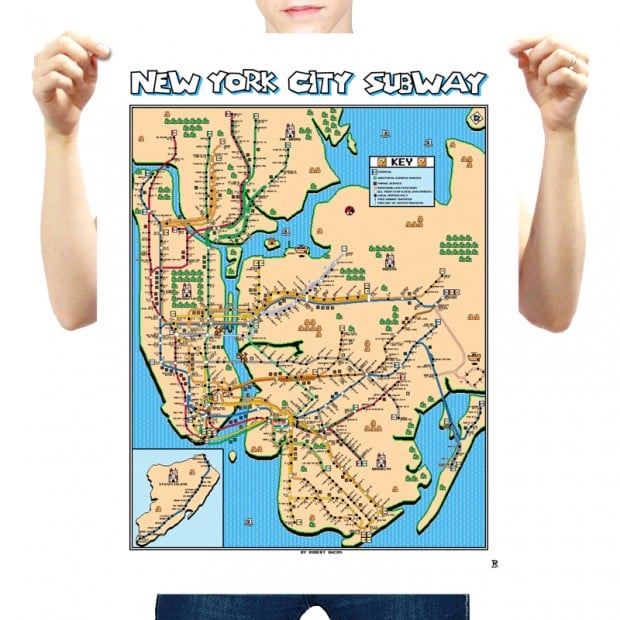 You can order both maps from Bacon’s shop on Ript Apparel for $25 (USD) each. He also has Mario-themed maps of Chicago on there.