Swann has been making some really cool flying RC toys that look like different sorts of helicopters. I have played with several of those helicopters over the years and they are a lot of fun, but inevitably, I end up crashing them into the wall and breaking the propeller or gears that move the propellers. 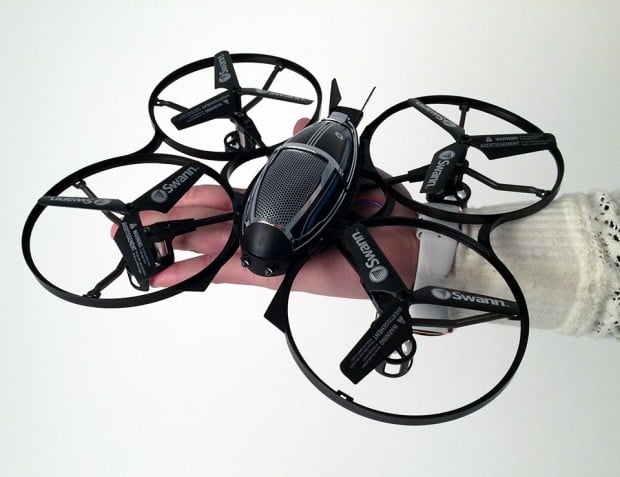 The latest flying toy from Swann is the Quad Starship and it reminds me a lot of the Parrot AR.Drone, only smaller. The Quad Starship has four propellers each protected by a plastic ring. That should mean you can touch a wall without the quadcopter suddenly becoming uncontrollable and crashing. 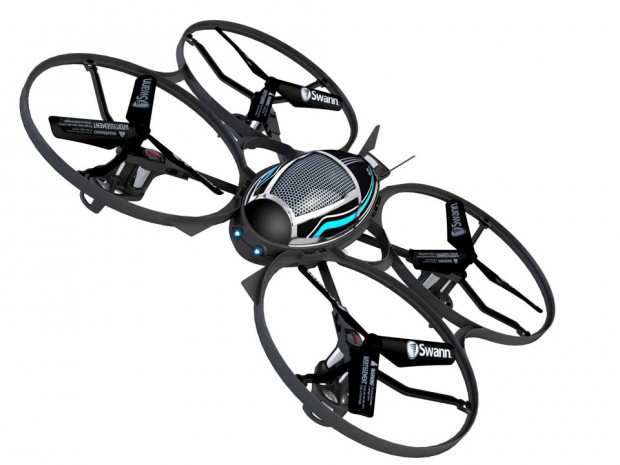 The Quad Starship has a wireless range of 330 feet and a controller powered by four AA batteries. The helicopter itself is powered by a rechargeable battery good for eight minutes of flight time. In addition to its size, and lack of an onboard camera, the other biggest difference between this and the AR.Drone is the price. The Swann Quad Starship sells for $79.99(USD) making it a fraction of the cost of the AR.Drone. Only time will tell if it flies as well, though.