Christmas Tinner Puts an Entire Christmas Dinner into a Single Can

If Willy Wonka suddenly decided to move out of the candy making business into the canned foods business, Christmas Tinner would be a product he would make. Perhaps inspired by Christopher Godfrey’s 12-course meal in a can, Christmas Tinner is a complete canned meal made by UK gaming firm GAME. Inside the can you will find an entire layered Christmas dinner. 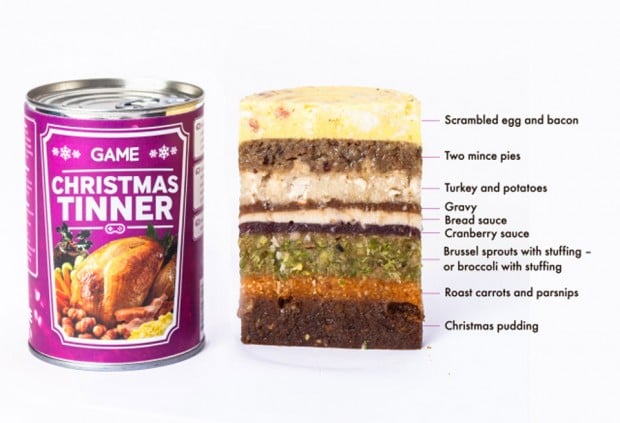 The layers include scrambled eggs and bacon in the first, followed by a pair of minced pies in the second layer. The third layer is turkey and potatoes with gravy in the next layer. The fifth layer has bread sauce and layer six is cranberry sauce. Layer seven is brussel sprouts with stuffing or broccoli with stuffing. I assume this is what we would have as cornbread stuffing in the US. Layer eight is roast carrots and parsnips, with the final layer, number nine, being Christmas pudding. 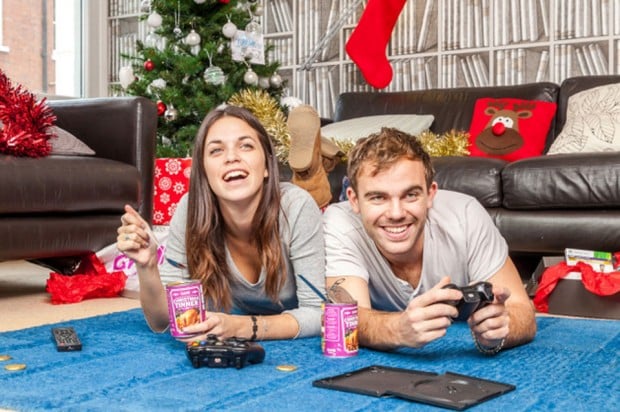 While I’m sure it would all be quite tasty served in the traditional method, it all sounds pretty disgusting in canned form.

[via OTL Gaming and Laughing Squid]