We’ve seen a variety of 3D printers designed to make food, but most of them either make only one kind of food or are designed for professional use, like serving astronauts in space. A company called Natural Machines is working on a food printer that will be easy enough for ordinary people to use and will be able to make a variety of dishes. 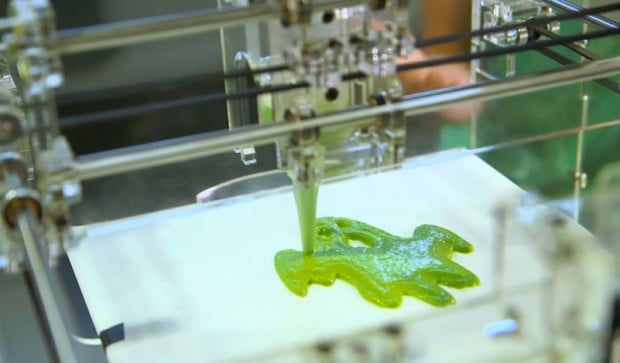 BBC reports that Natural Machines’ Foodini printer can combine up to six ingredients. Couple that with the ability to swap cartridges and you get a printer that can make a variety of food. But don’t expect the Foodini to be a do-it-all cook. As BBC notes, it can only combine ingredients and not actually cook them. Plus it can only make food using paste-like ingredients.

The Foodini may not make stoves, grills and ovens obsolete, but it could make it easier to prepare complex dishes. The thought of downloading recipes online also makes it easier to try new meals or prepare difficult ones that you may not have the time or skill to do on your own. Natural Machines chief executive Emilio Sepulveda estimates that the Foodini will cost around $1,400 (USD), although they didn’t say when they will release the printer.