Unless you’re an invertebrate, you probably have a skeleton. But even though we all have these bony structures holding us together, we still find skeletons kind of creepy. French artist Chris Panda seems to have an obsession with skeletons, having created a series of illustrations which let us see the bones of cartoon, video game, and pop culture icons. 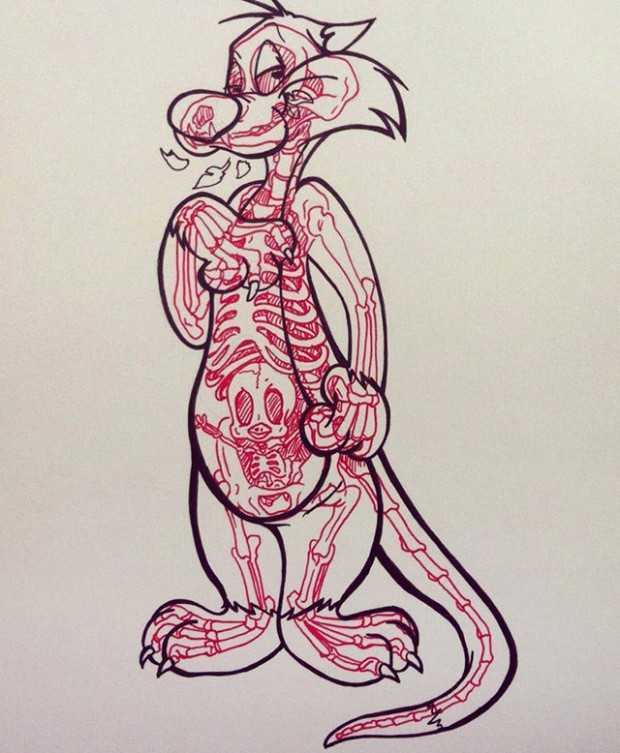 The image of Sylvester with Tweety Bird in his stomach is pretty amusing, and Batman looks quite majestic, but Ariel’s skeleton put me in the mood to eat fish for dinner tonight. Is that wrong? 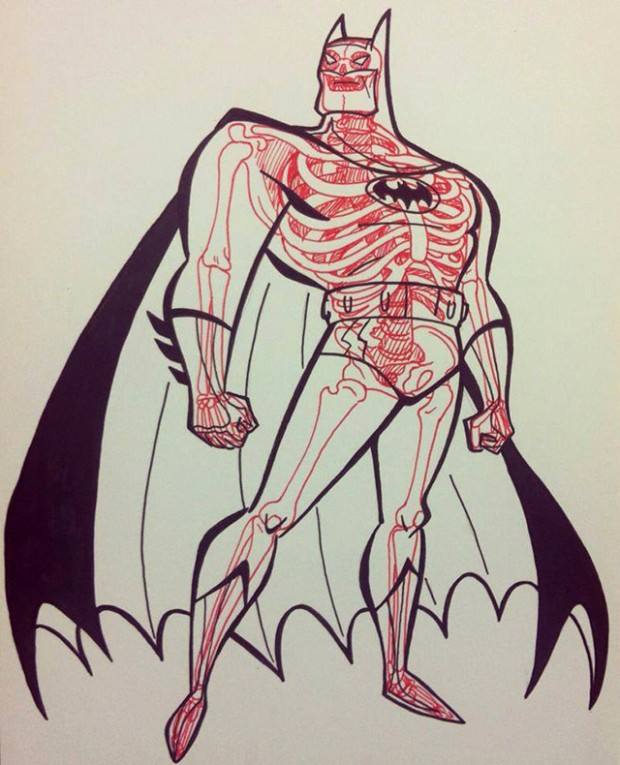 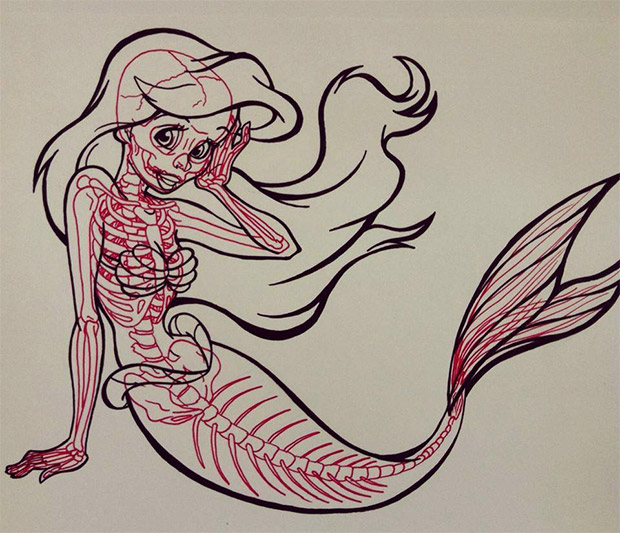 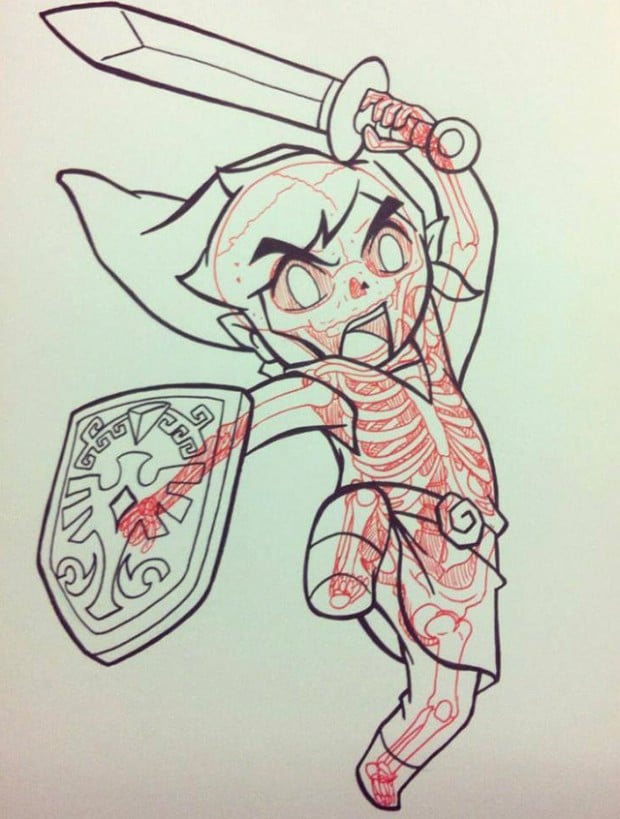 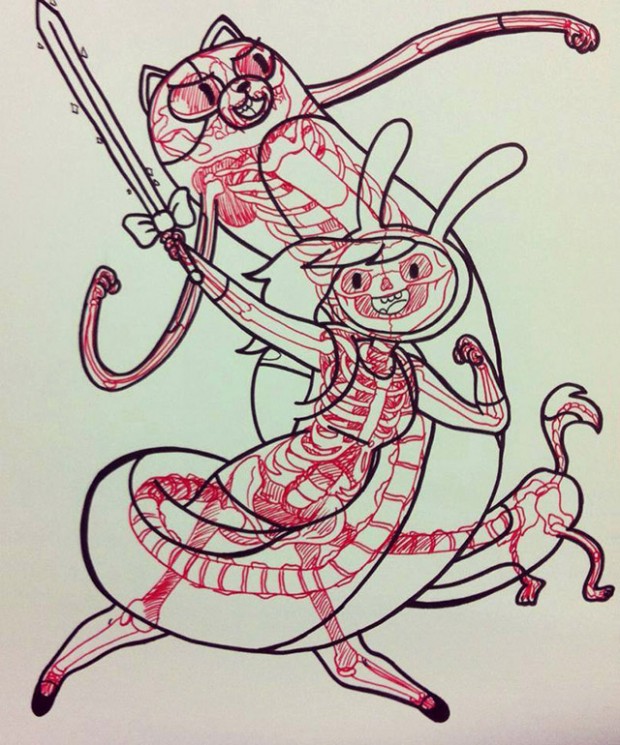 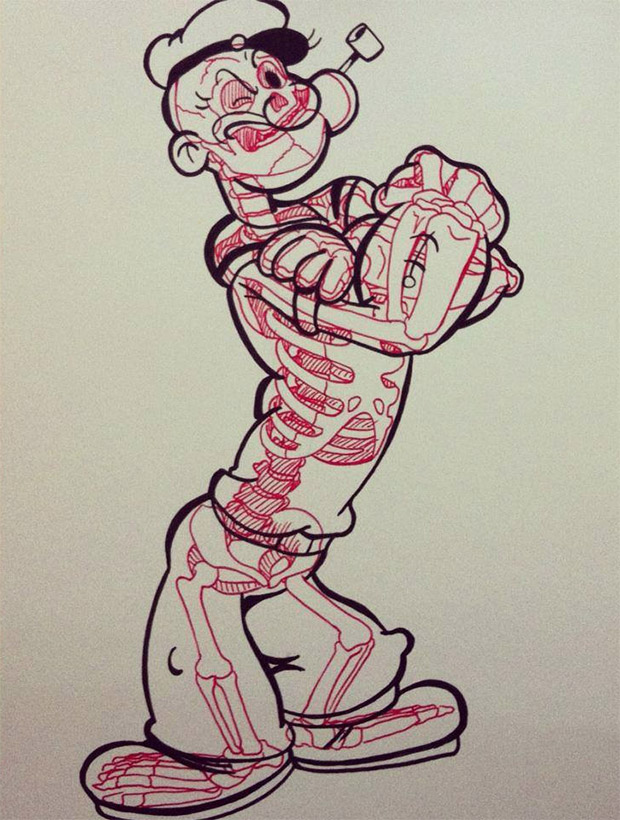 The series of images includes everyone from The Legend of Zelda’s Link, to Fionna and Cake from Adventure Time to Popeye. But the most disturbing image of all has to be this one of Miley Cyrus twerking with Beetlejuice. That’s even harder to look at than the original – now that’s an accomplishment. 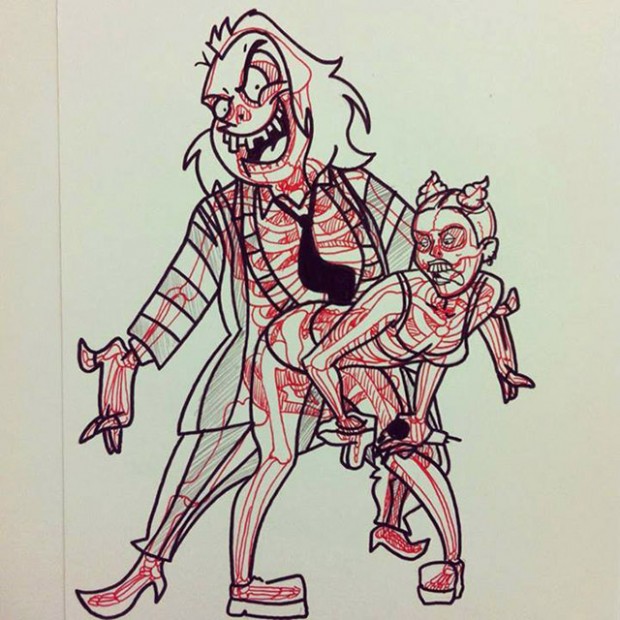 Check out the entire series of illustrations over on Chris’ Facebook page.

[via ufunk via Who Killed Bambi via Laughing Squid]