Lots of people love Jenga. You know, that game with the wood blocks, where you have to remove blocks and not let the tower collapse. Well, now there is even more reason to love the game as there’s nowa Doctor Who inspired version called the Tumbling TARDIS Tower Game. 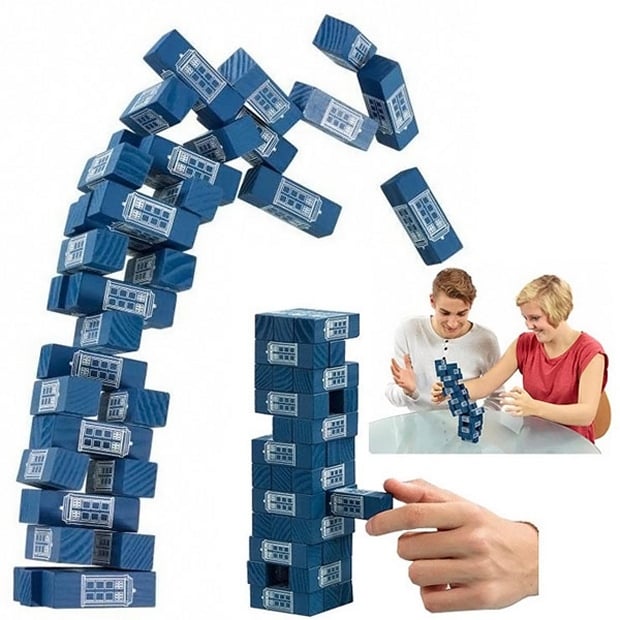 In the game, the wood pieces are all TARDIS’ and you play it the same way, except that its all timey-wimey and stuff. Don’t let the Doctor down and let his tower fall.

This will be a lot of fun for Doctor Who fans to play and it is only $29.99(USD) from Entertainment Earth. It will be available in January, but you can pre-order it now. Better yet, you can get in your TARDIS, transport into the future by a month, and pick one up now.