Social Network Cemetery? Sanctri is a Facebook App Where People Can Mourn

I’ve found out about the untimely demise of several people not through friends or family, but through Facebook. It’s odd and a bit depressing to see messages of condolences sandwiched in between selfies and links to The Oatmeal’s latest comic, but it’s happening a lot more frequently these days as more people get into social media. 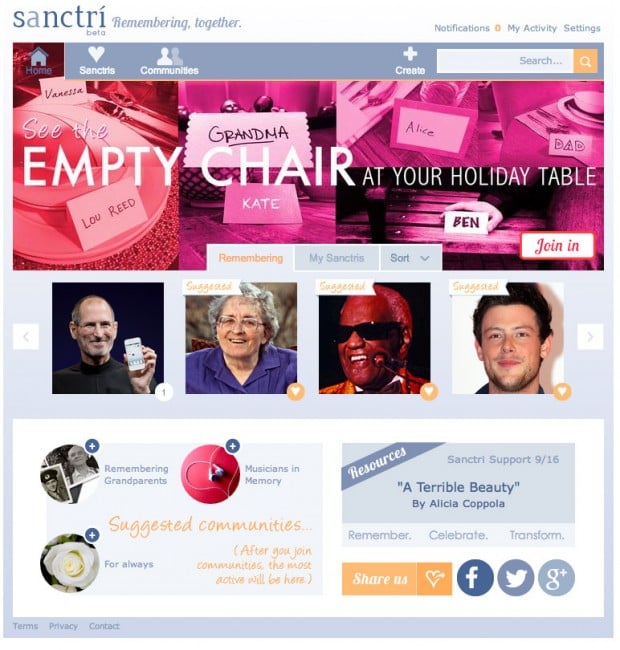 Grieving in person is one thing. Mourning on Facebook is another. With this in mind, Jono Milner founded Sanctri, a Facebook app where bereaved Facebook users can mourn and remember their loved one. It’s still on Facebook, but it offers tools and resources to go through the entire mourning process. 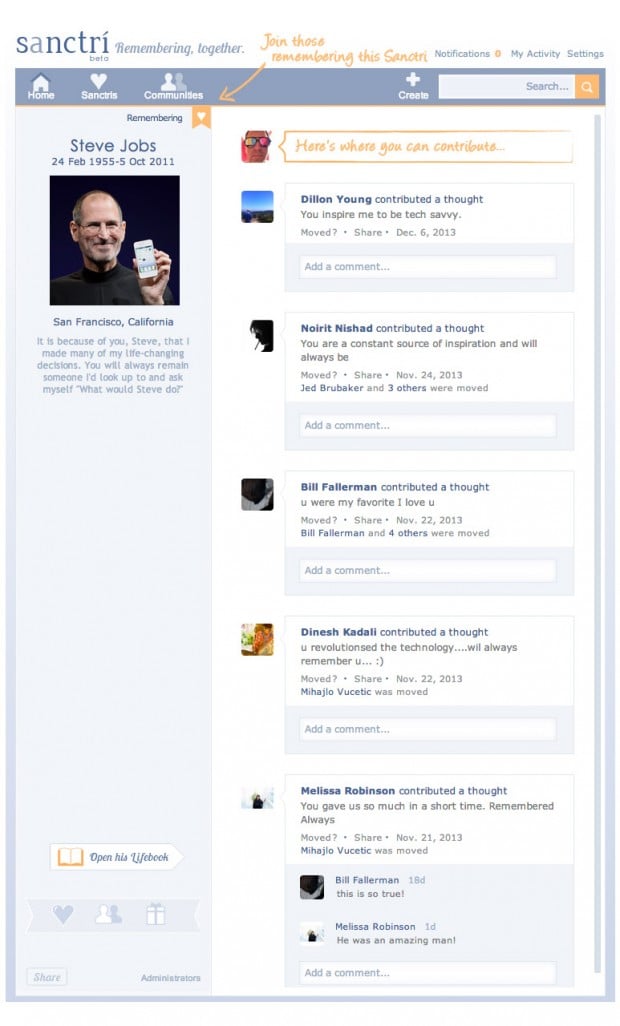 Milner explains: “Facebook is today’s public forum. People used to pay tribute in the classifieds section of the newspapers – now it’s on Facebook. Many people want to come together to remember someone online – especially given that we’re such a mobile population these days.”

He has a point. On Sanctri, users can create social memorials, a Lifebook, and make donations to charities. But is there a need for the app? Milner adds: “You’re still in Facebook, but a step away from the everyday chatter. Grief just doesn’t mix with photos from last night’s party. You don’t follow someone – you ‘remember’ them. You don’t ‘like’ something; you’re moved by it.”

You can find out more about Sanctri here.