Emotional eating is more common than you think. Some people sing their worries away, while others find that they’re calmer when they’re eating a cookie. Then a salad. Then a bowl of noodles. And so on and so forth.

Women aren’t the only ones who eat when they’re stressed, but men don’t really wear anything like a bra, do they? The reason why researchers from Microsoft, the University of Rochester and the University of Southampton, UK went with the bra is that it’s an article of clothing that rests over the heart, which allows it sensors to conveniently monitor its wearer’s heartbeat, and not because they had any thoughts on women being more emotional eaters than men. 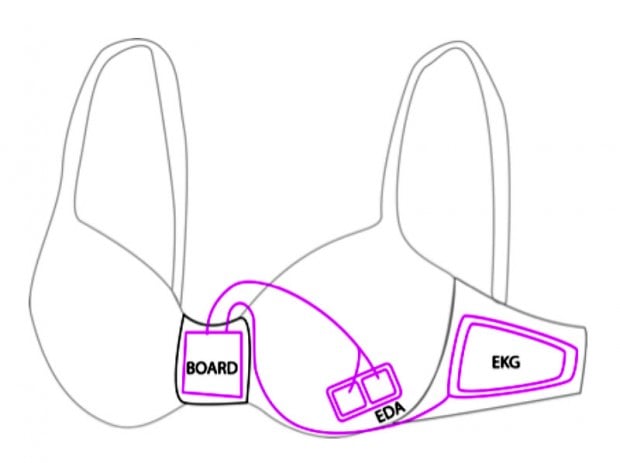 The on-board sensors record the heartbeat and emotional state of its wearer. It hooks up with a smartphone app that uses the data gathered to determine whether its wearer is eating because of fluctuating emotions or not. If it’s the former, then it’ll send the user a message to let her know just that.

After it was put to the test, the bra was found to be 75% accurate when it came to predicting its wearer’s emotional state. Microsoft doesn’t have definitive plans to release this technology in a consumer product, but continues to research devices which react based on users’ moods, or so called “affective computing.”

[via Mashable via Dvice]