Some people are really creative with LEGO. Long time CoD fan and YouTuber ZaziNombies is one of those true brick masters. He’s made life-size replicas of almost all of Call of Duty: Ghosts’ weapons out of what else? LEGO bricks. 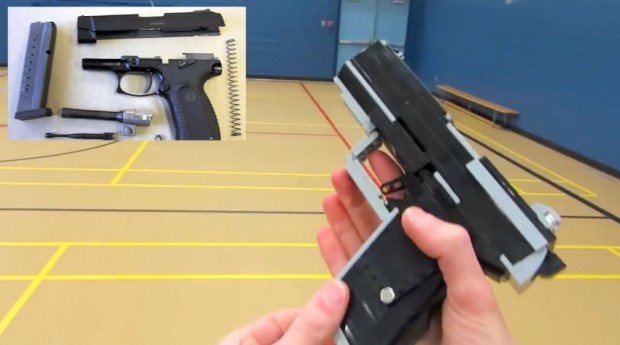 The final pieces are really nice and they have some nice detail. The hand held pistol here replicates the Russian standard military-issue side arm MP-443 Grach. It doesn’t just look cool, it also has removable parts and actual slide action. You can remove the cartridge, which has a gold LEGO bullet loaded inside, and pop it back in nice and smooth.

It is the last pistol you can unlock in the game’s Extinction mode and the only fully-automatic pistol in the whole game. It looks amazing in LEGO. Zazi has also created LEGO versions of the Honey Badger, ARX-160, Vector CRB, the VKS sniper rifle, and this amazing Chain Saw LMG among others:

Hit this link to see more of his creations.