Gigantic LEGO Rivendell Made from 200,000+ Bricks

Few things in all of geekdom hold as much promise and wonder as a geek with lots of time and lots of LEGO bricks. A couple LEGO builders named Alice Finch and David Frank teamed up to create a massive LEGO recreation of Rivendell from the Tolkien universe of The Hobbit and Lord of the Rings. The creation is massive and uses over 200,000 bricks in its design. 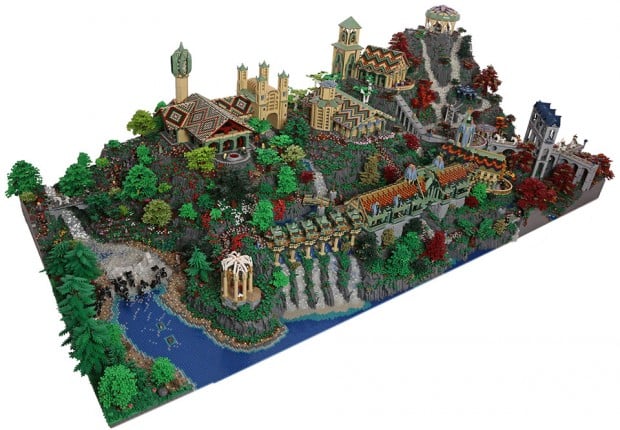 The builders performed research by carefully watching The Fellowship of the Ring in an attempt to put the entire city of Rivendell together. They say that research was required because it was hard to tell what scenes in the film happened where. 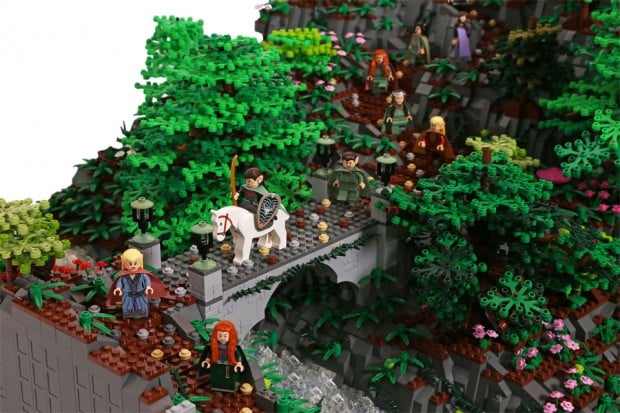 The massive finished model is intricate and beautiful with structures that sprout out of the rocks and lush greenery. Its builders say that one of the most challenging parts was getting the buildings into the landscape. They did the landscape first and added the buildings later. 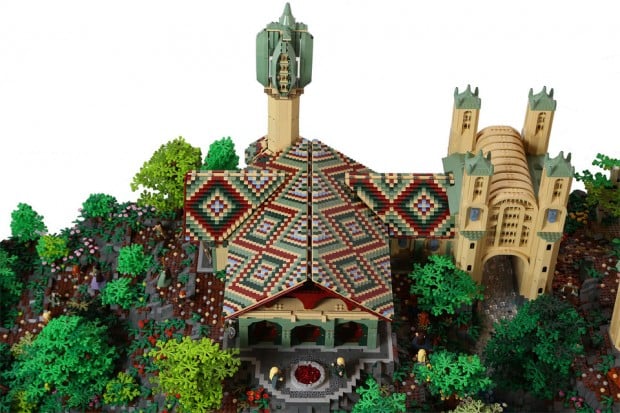 The finished product is an awesome sight, and you can check out many more detailed images on their project’s Flickr page. 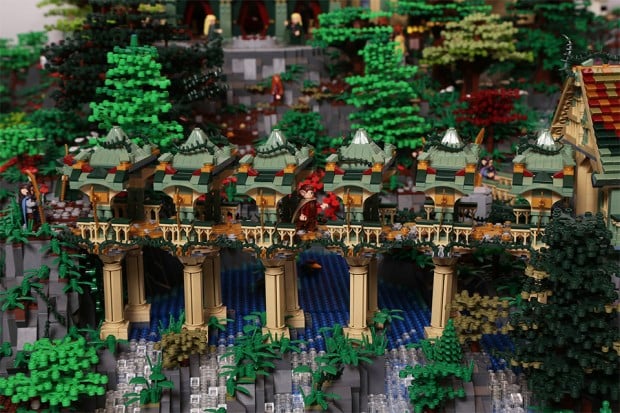 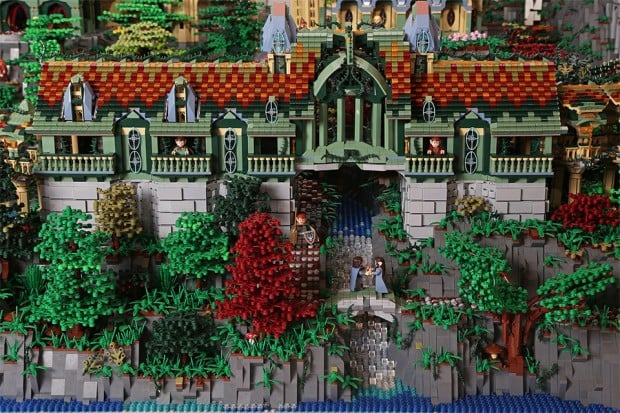