There’s a new Mega Man game! It’s a, uh, *cough* a board game. Wipe your tears, Blue Bomber faithful, board games can be a lot of fun! Plus Jasco Games’ officially licensed game will let you play not just as Rock, but as a Robot Master too! Yes! No? Oh come on. It’s all we have right now. Look at the bright side. 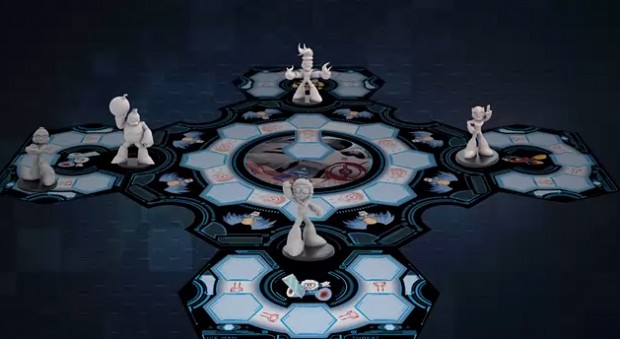 Because the game is still not done, its rules (pdf) are still being tweaked as well, but I think I get the basic premise of the game. You and up to 3 other players are all Mega Man. The goal is to be the first Mega Man to beat Dr. Wily. Standing in your way are challenges strewn about the board, as well as the Robot Masters. The kicker here is that the players also control one Robot Master each. When you reach the “Boss Battle” stage of the board, you (as Mega Man) will fight the Robot Master of the player to your left.

Hold B to charge your Mega Browser, then let go and pledge at least $60 (USD) on Kickstarter to get the Mega Man Board Game as a reward. Or we can all just play Rayman Legends. Damn Capcom, what the hell happened?