Spike Away Vest Preserves Your Personal Space in Public Places

There are days when you want to be with people. There are times when you just want to be alone. So when people overstep boundaries and cross the line into your personal space when you’re in the latter mood, it gets more than just annoying.

Prevent that from happening ever again – at least, in the physical sense – with the Spike Away vest. 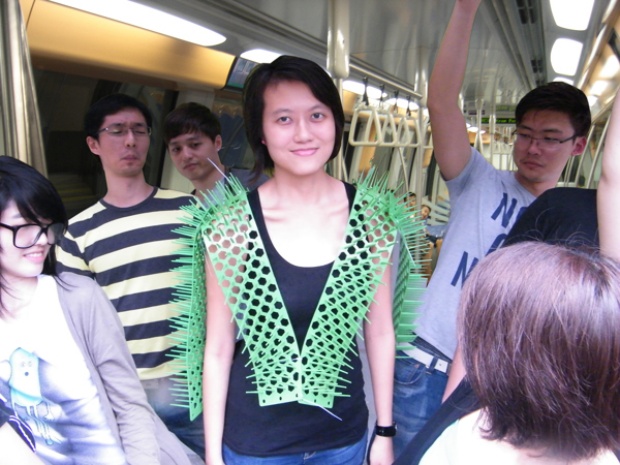 As the name implies, the entire vest is riddled with spikes. It’ll turn heads, but it’ll keep people away because it frankly looks scary and will probably cause a lot of pain if you bump into it head-on. The piece was created by Singapore industrial designer Siew Ming Cheng, who used off the shelf materials, including strips designed to keep pests out of gardens to make the prototype. 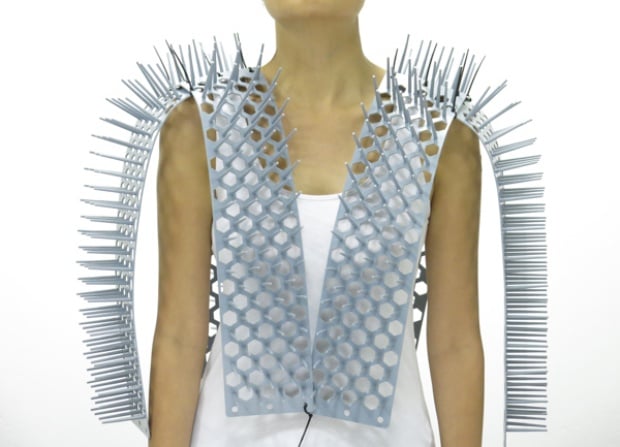 Cheng explained: “Trains are usually crowded during peak hours. Everybody will push each other to try and get onto the train. How can I protect my personal space? The idea was then conceived.”

While the Spike Away is just a one-off concept at this point, Cheng could sell millions of these to daily commuters – especially if the spikes were sharper.