While I’m not all that crazy about the idea of fully-autonomous vehicles, I do think that some of the technology which is emerging from related research and development efforts could definitely help with vehicle safety. Take for example, this new obstacle avoidance system that Ford is working on. 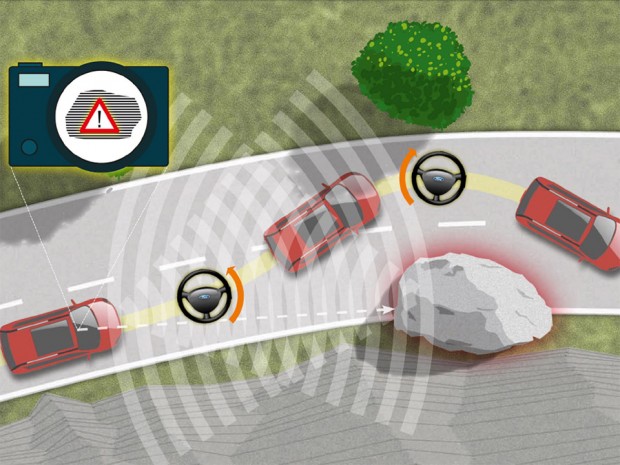 Ford of Europe has been working on an advanced obstacle avoidance system which uses an array of radar and ultrasonic sensors, as well as a camera to help determine if there are obstacles in the road.  In the event that a slow or stopped vehicle or other object is in the vehicle’s lane, it not only can alert the driver with audible and visual cues, but it can actually brake and steer the car to avoid a collision. It only takes corrective action if it detects that the driver isn’t doing so already. The system is capable of scanning as far as 656 feet ahead, and has already been tested at speeds in excess of 38mph.

It’s definitely an intriguing technology, and if it could reduce the frequency of rear-end collisions, I would definitely consider having such a system in my car. I guess the biggest question is whether or not it’s smart enough to avoid steering you into another active lane, or worse yet into oncoming traffic. I’d have to assume that the engineers behind the project are working on those concerns as well.