Life-size Flying TARDIS UAV: Propellers on the Outside

Flyonix specializes in aerial video and photography. The studio recently put their knowledge of drones for a geeky pursuit. To commemorate the 50th anniversary of Doctor Who, Flyonix set out to build and fly a life-size TARDIS. And they succeeded. Somewhat. 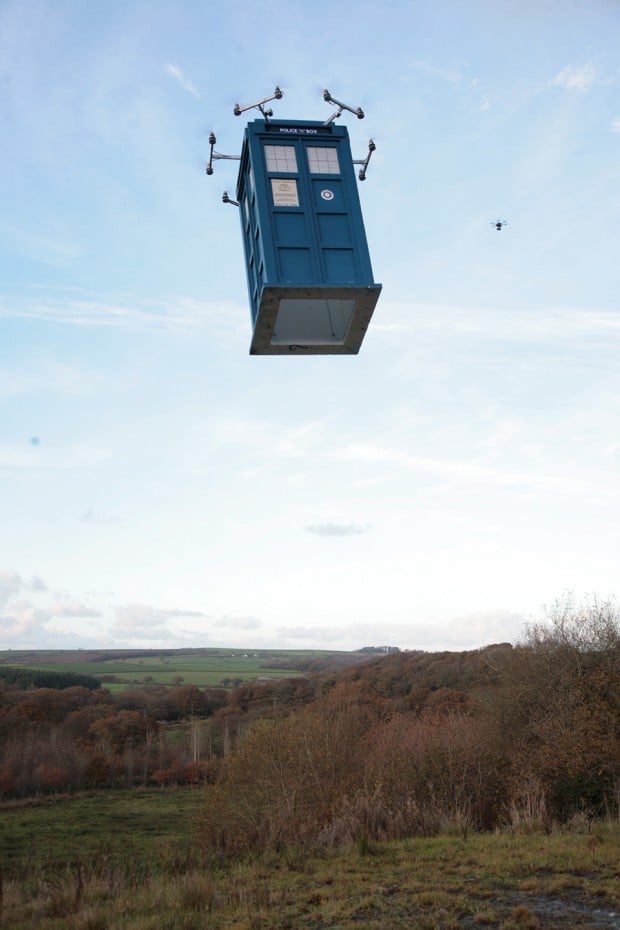 Flyonix built a custom rig with 12 propellers. Judging from their brief making-of videos – which you can watch here and here – they made the TARDIS model itself out of styrofoam. With everything in place, all that was left was to let her fly…

Oh, the humanity! Unfortunately it seems like her chameleon circuit wasn’t the only thing that needed fixing. According to Metro, a battery shortage was responsible for the crash. If you’re an aspiring Time Lord, you can see more in-progress photos of Flyonix’ ill-fated TARDIS on the studio’s Facebook page.