Dexter Industries makes a Raspberry Pi add-on called BrickPi, which connects the ultra cheap computer to LEGO’s NXT Mindstorms parts. To show off what you can do with its kit, they made a robot that reads eBooks aloud. 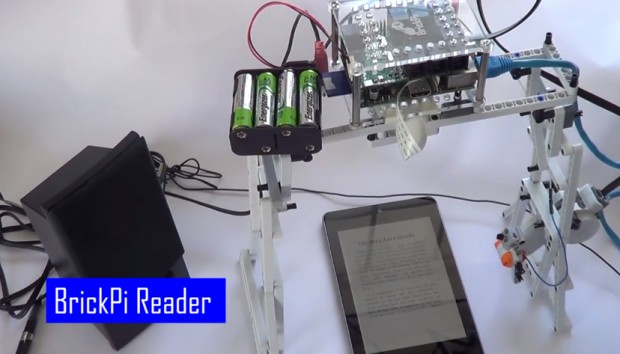 The BrickPi Reader was designed to read from the Kindle app on the Nexus 7 tablet. Aside from a Raspberry Pi and LEGO, the BrickPi Reader also has a Raspberry Pi camera. The camera takes a picture of an eReader’s screen. The Raspberry Pi then uses an Optical Character Recognition (OCR) program to extract text from the picture. A Text-to-Speech engine reads the extracted text aloud. Finally, its Mindstorms arm taps on the Nexus 7’s screen to turn the eBook’s page. When you think about it, it’s basically a Rube Goldberg machine. 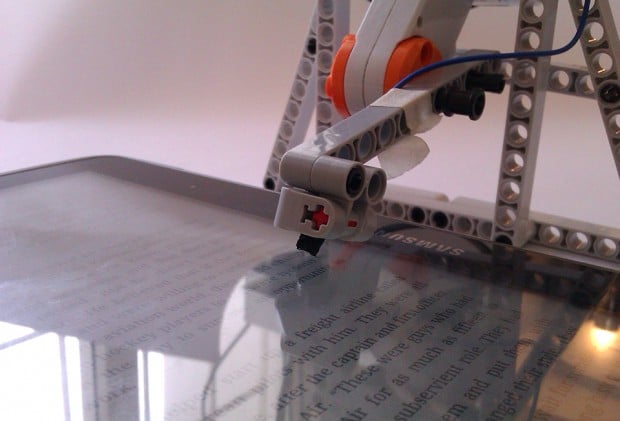 But don’t say goodbye to Audible just yet. Not only does it take the BrickPi Reader a few minutes to convert a single page, its “voice” is also horrible. Maybe it’s soothing to baby robots.

I love how they show a guy wanting to read an eBook while driving, as if their finished contraption could be used in a vehicle. Still, who would’ve thought LEGO could read?