This awesome gingerbread Death Star is the ultimate power in the universe. The tastiest too. In fact, it recently won a gingerbread house-building tournament at The Swedish Centre for Architecture in Stockholm, Sweden. It comes from Redditor Sillstryparn. 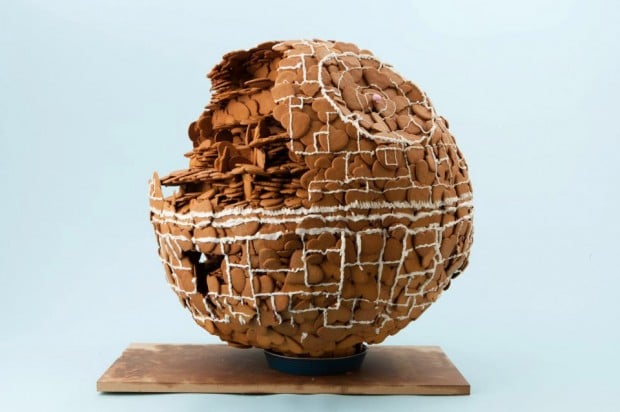 This is the second Death Star as you can see. The first was obviously destroyed by snowmen piloting X-wing fighters made from candy canes.

This spicy space station took 12 people to build it and it is made out of about 1,200 cookies. The creator says that it took friendship, cooperation and sense of purpose to create this special project. It was seen as a “metaphor in the challenge to all the world’s people must practice love for each other to maintain and build up our planet.” That’s a nice sentiment, but I just need to know where I can get a tall glass of milk so I can get started on this thing.