Thank you to Sprint for sponsoring this article. Get inspired by innovation and see what’s next at Sprint.com/faster.

Sprint Faster is a great site to visit if you’re looking for the latest on new and upcoming technological breakthroughs, featuring stories from leading tech experts on the shape of things to come.

Perhaps the most exciting area of technological growth for the early 21st century is in the realm of machines which make it fast, inexpensive and easy for anyone to create physical objects. Devices such as 3D printers, laser cutters, tabletop milling machines and other computer-controlled manufacturing tools are now within reach of small business entrepreneurs and hobbyists, and are headed towards the consumer market as well.

10 years ago, the idea that you or I could have a device that could output tangible goods or replacement parts on our desktops was just a pipedream. But rapid advancements in technology, as well as enthusiasm of startups and early adopters have created a cottage industry filled with 3D printers and other desktop manufacturing machines. 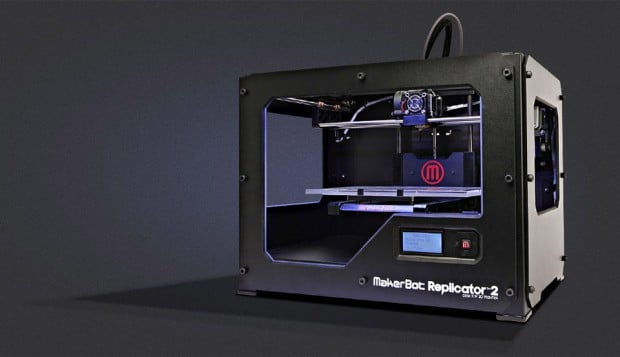 Devices like the $2,000(USD) MakerBot Replicator 2 serve the prosumer market, while upcoming machines like the Pirate 3D Bucaneer are expected to hit consumer desktops in early 2014 for as little as $600. Both are capable of creating 3D models with tremendous precision. 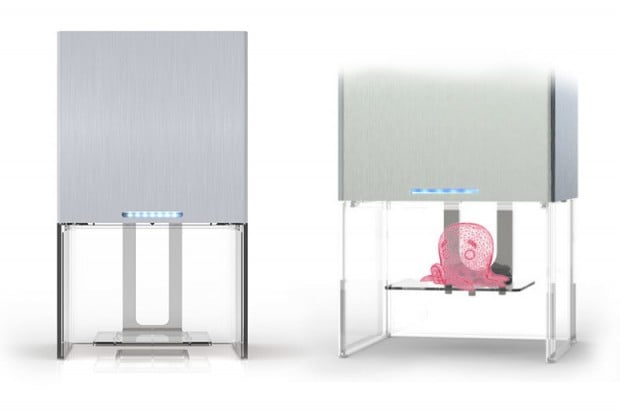 Earlier devices required a lot of fiddling about, frequent manual calibration and complex software setup. Now, the software is getting easier to use, and loading in a model to print only requires a basic understanding of 3D modeling. And if you don’t know how to do that, you can always download free models from sites like Thingiverse.

Most desktop 3D printers work by melting PLA or ABS plastic in a tiny bead, moving along the X and Y axis first, then building up layer by layer along the Z axis. Eventually, a fully-formed 3D object is revealed. It’s a time-consuming process, but the technology allows for the construction of incredibly detailed and complex structures that would be extremely difficult if not impossible to model by hand or using traditional machining tools. For example, check out the 3D printed menagerie I have hanging on my living room wall: 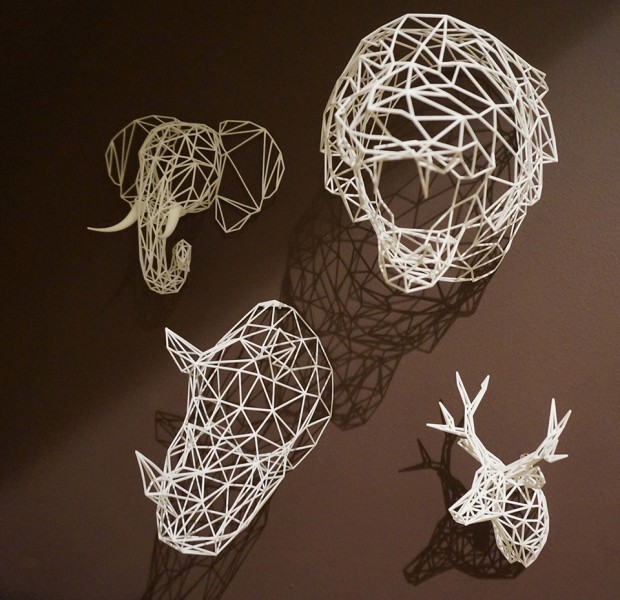 But desktop manufacturing cannot just rely on melted plastic alone. While professional-grade 3D printing services like Shapeways can print molds which can be filled with metal or ceramic clay, these techniques are a bit more difficult to achieve on the desktop. Though there are products on the market like Composimold which let you make molds from 3D printed objects. That said, there are companies working on desktop 3D printers that can actually print in unconventional materials, ranging from molten metal to sugar.

If you want to work with metal or wood today, you might be better off using a desktop milling machine, like the Shapeoko 2, which sells in kit form for just under $700 with all the parts needed to assemble it. 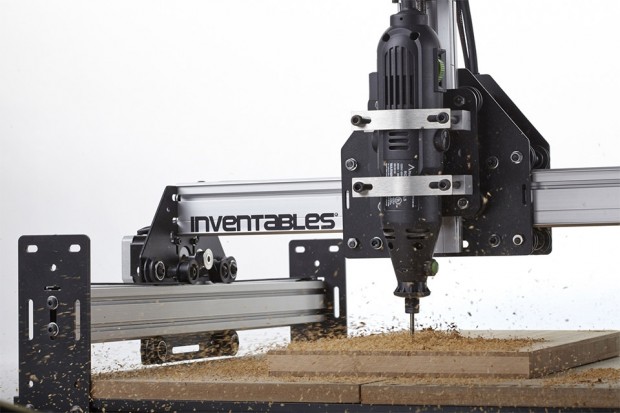 This device has a similar X/Y/Z armature system similar to that found in 3D printers, but instead of holding a heated print head, it can hold a Dremel or similar rotary tool. 3D milling machines work subtractively, rather than additively, so you start out with a solid hunk of wood, plastic or soft metal, clamp it into place, and let the machine cut away a form. This technique is especially effective for routing out objects like signage with true depth. In this example, a digitized brain scan was routed out of a piece of wood. Neat, eh? 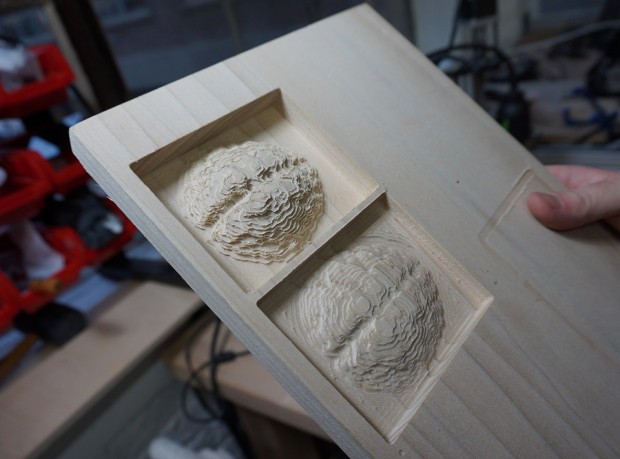 You can even use a milling machine to cut materials like carbon fiber, as is demonstrated with this cool gear clock by Bart Dring: 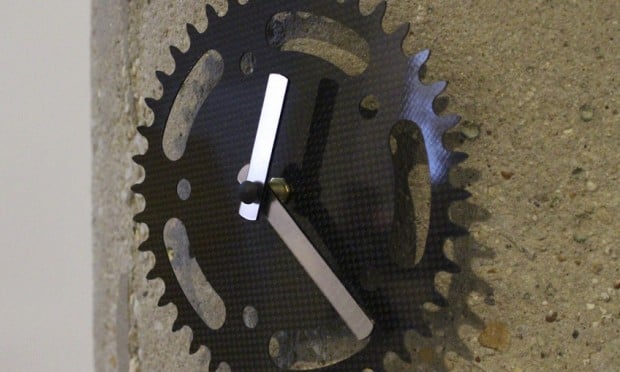 In addition, these machine can be used to gently scrape away layers on copper board, so you can use it to make custom circuit boards. Keep in mind that 3D milling machines aren’t as precise as 3D printers, nor can they create details on the bottom of objects as they require that the working material be clamped in place and then cut out from above.

One other kind of desktop machine is the laser cutter. These machines use high-power lasers to cut or engrave images out of sheet materials. Companies like Full Spectrum Laser offer both prosumer and professional grade laser cutters, with prices starting just under $2000. 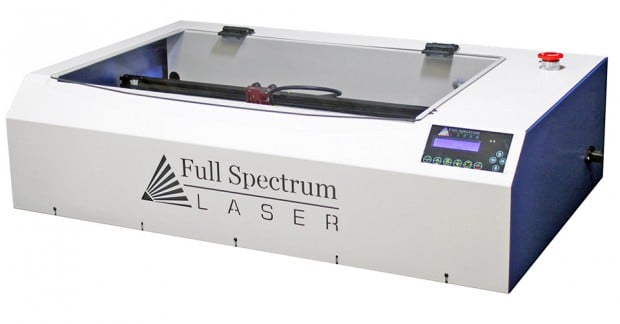 Since laser cutters only work in two dimensions, outputting to them is as easy as using a desktop printer. You simply create an outline of an object in a drawing program on your computer, then load in a sheet of wood, cork, fabric, acrylic or Plexiglas and let the laser get to work. They also work very quickly compared to 3D printers as a result. By adjusting the laser intensity, you can either cut objects, or burn engraved images into materials. 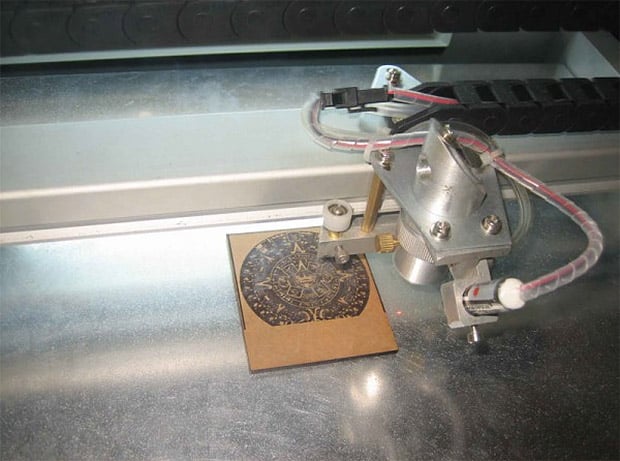 Objects like these video game console ornaments by UseYourDigits are some of my favorite examples of what can be made with a laser cutter: 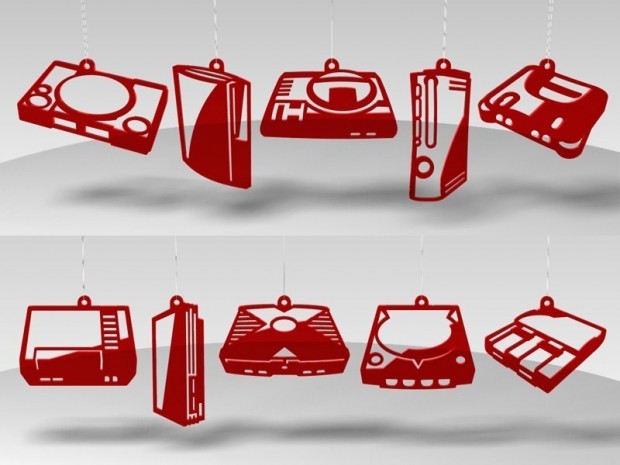 While desktop manufacturing machines are still in their relative infancy, I truly think we are on the precipice of mass adoption of these devices. Shops like Inventables and the Maker Shed have popped up, offering one-stop-shopping for both the machines and materials, making it easier than ever before to get started.

As the speed, cost and availability of these devices broadens, it’s only a matter of time before we’ll be outputting just about anything we can dream of on our desktops.

Disclosure of Material Connection: This is a “sponsored post.” Technabob received compensation for writing it, however, we only recommend products or services we find newsworthy or have used personally, and believe will be good for our readers.

Thank you to Sprint Faster and Technorati Media for being sponsors of this article. All opinions expressed here are my own.