DARPA’s Robotic Challenge Trials wrapped up earlier today, and the robot that reigned supreme is SCHAFT. The squat 209 pound, 4.85 foot-tall robot smoked the competition, scoring 27 points, besting its next closest competitor by 35% in overall points. 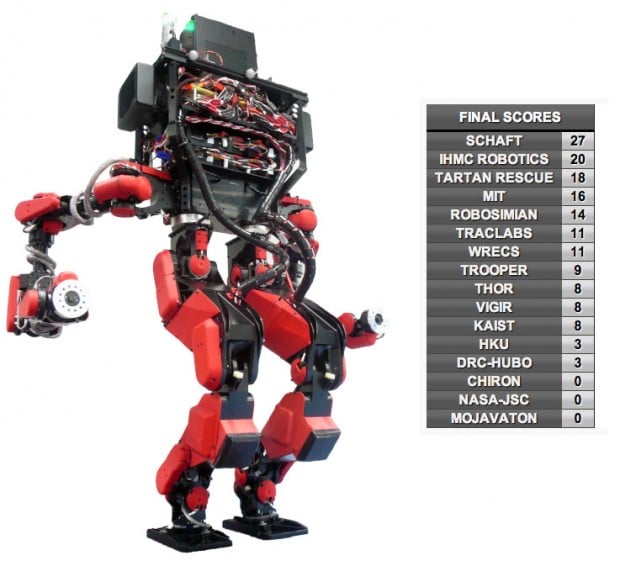 The challenge is focused on demonstrating advancements in robotics which could improve disaster response efforts. For the competition, the bipedal humanoid robots had to perform each of the following tasks:

In the end, SCHAFT beat out numerous teams from DARPA’s home nation, taking the top spot in the terrain, ladder, debris, and fire hose tasks. 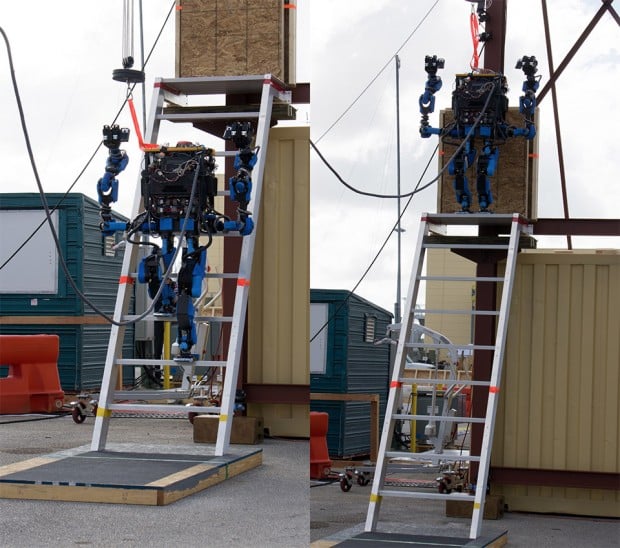 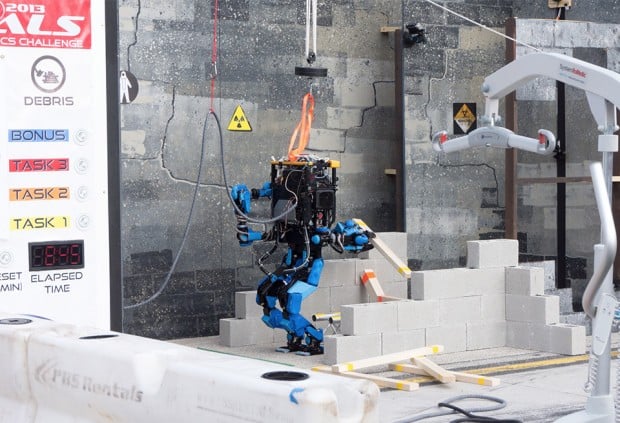 Here’s  Team SCHAFT explaining a bit about what makes their robot special:

The time-compressed footage shown below is SCHAFT practicing its tasks prior to this weekend’s event.

While it’s the end of the line for some of the robots, the top eight teams will get funded to move on to the final rounds in 2014.