Yeah, there’s a computer in here somewhere. This is Japanese designer Hiroto Ikeuchi’s award-winning casemod, which is basically a toy diorama that erupted over a PC. According to Wired, Hiroto calls the diorama his “secret base.” It’s filled with soldiers, mecha and guns along with gadgets, electronics and trinkets made to look like weapons or heavy machinery. 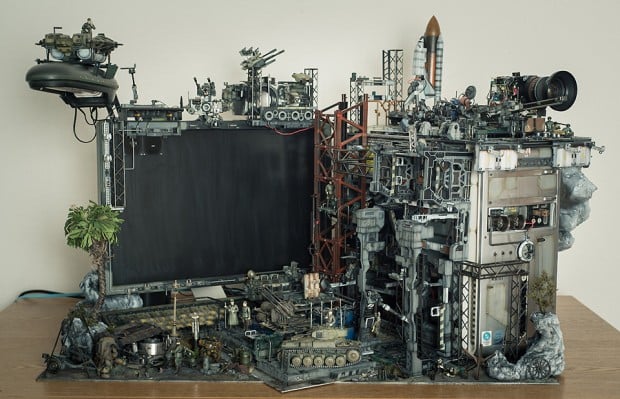 You can see more pictures of Hiroto’s casemod on photographer Rakutaro’s blog. You should also check out Hiroto’s website and his blog to see more of his work. 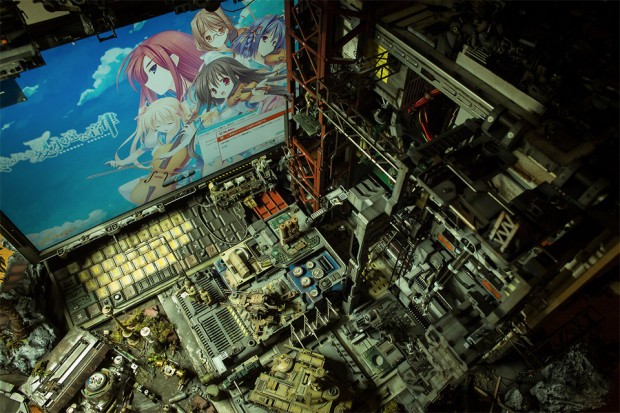 [via Wired via Ubergizmo]