A couple of years ago we got a peek at what several NES games might look like if they were rendered in voxels instead of pixels, courtesy of deviantART member John Buonvino. Programmer ProcyonSJJ was inspired by John’s renders and decided to take them a step further, making a voxel engine for the NES emulator FCEUX. 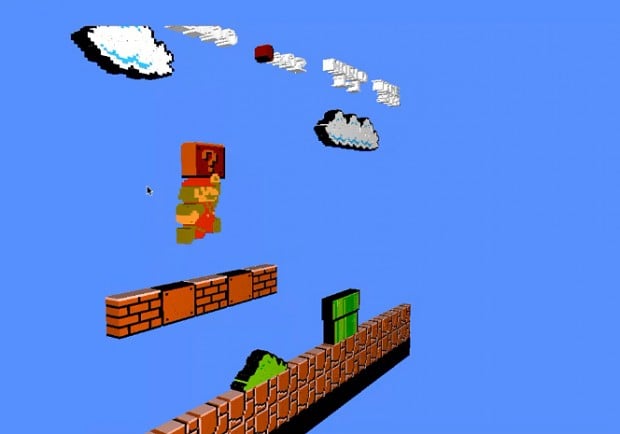 According to ProcyonSJJ, “[t]he renderer takes the color in the upper left corner and treats that as the clear color while at the same time ignoring any pixel in the image buffer composed of that color (no voxel).”  In very simple terms, the engine will make voxels out of all the pixels, except for the ones with the same color as the “background”. This makes his engine work best with games that have single color backgrounds, as you’ll see in his demo video:

Sadly, it doesn’t seem likely that we’ll be able to toy with NES games using the voxel engine. Zeromus, one of the lead programmers of FCEUX, refused to integrate ProcyonSJJ’s engine into the Windows port of the emulator. Then the two had an argument and I don’t think the engine was incorporated into any version of the emulator. I’m not going to simplify their points here since you can read their messages for yourself on the TASVideos forum. As for the rest of us, we’ll just have to cherish the video.

Update: As Scott “ProcyonSJJ” Jacobi revealed in his comment below, he’ll continue working on his voxel engine and push for it to be included in the Windows variant of FCEUX. So there’s still hope for NES fans to see their favorite games from a new perspective.