Gingerbread Wookiee: So That’s Why They Call Him Chewy 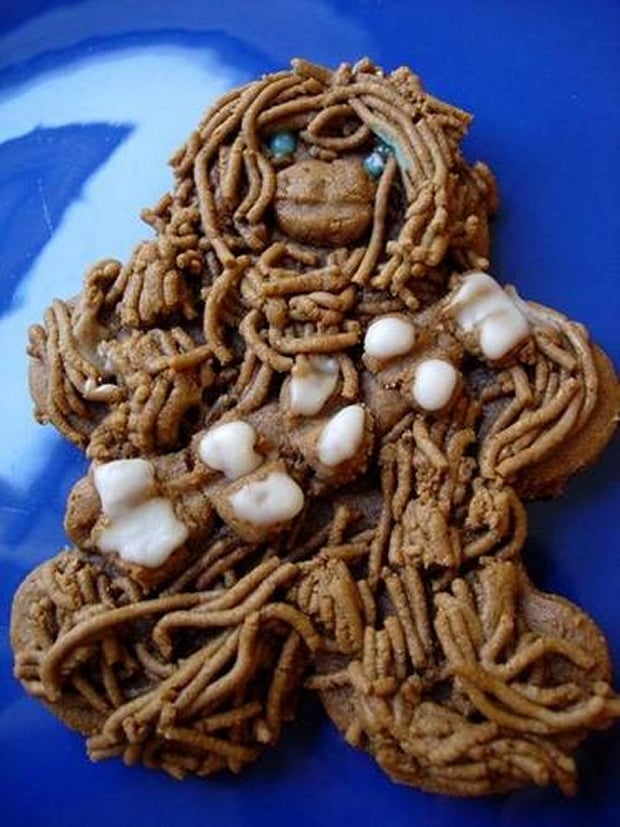 This tasty gingerbread version of Chewbacca comes from Craftster member kala who does a great job making fine wookie hair and makes a mean bandoleer. It may not be as impressive as a Death Star gingerbread treat, but this guy is pretty darn cute and probably just as tasty.

This is why they call him Chewie, people! I like the eyes, but don’t want him to look at me when I bite into him.

[via Nerd Bastards via Neatorama via Geeks Are Sexy]