The last time we featured console modder Ryan Fitzpatrick aka Platinum Fungi we saw his personal tribute to Mega Man 2. His latest finished project on the other hand is up for grabs. It’s a radical Teenage Mutant Ninja Turtles NES. 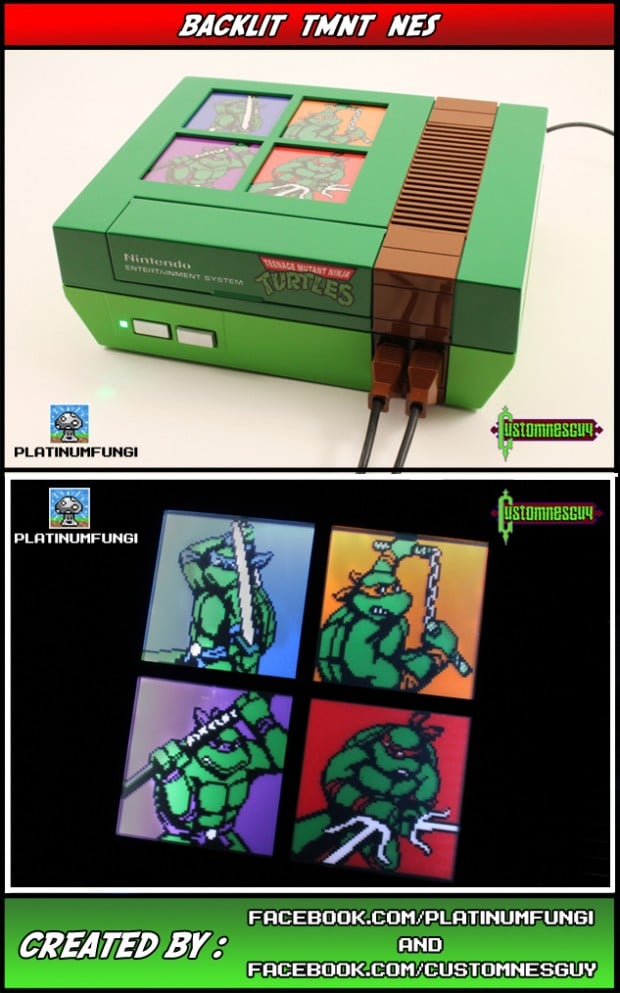 As with the Mega Man 2 NES, Ryan worked with fellow modder Custom NES Guy on this mod. The star of the project are the cutouts on top of the console, which Ryan painstakingly made by hand. But there are also lots of tiny details to appreciate here, from the great color scheme and paint job to the four bundled controllers, each with an overlay representing a different member of the Turtles. 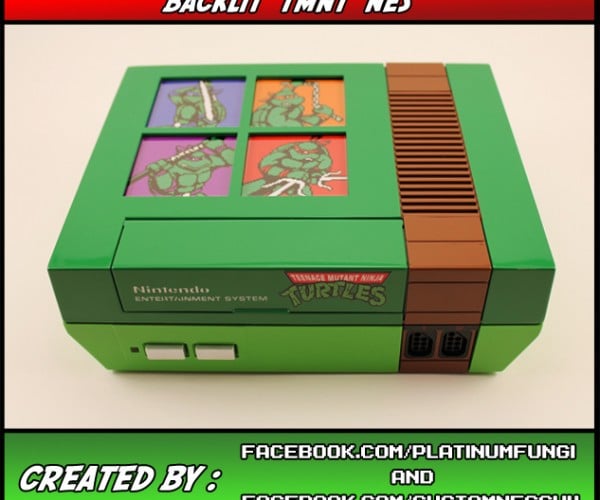 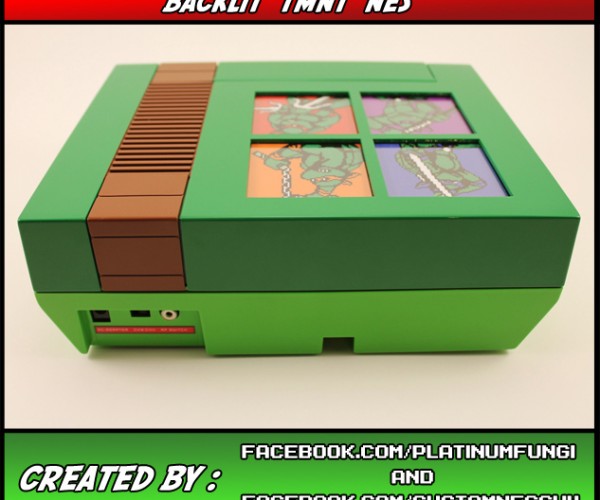 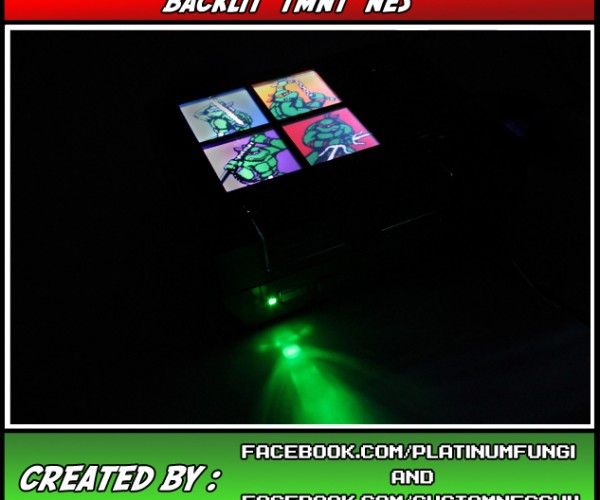 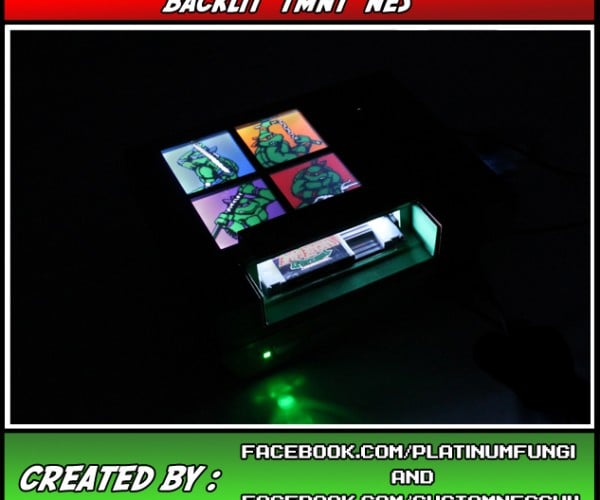 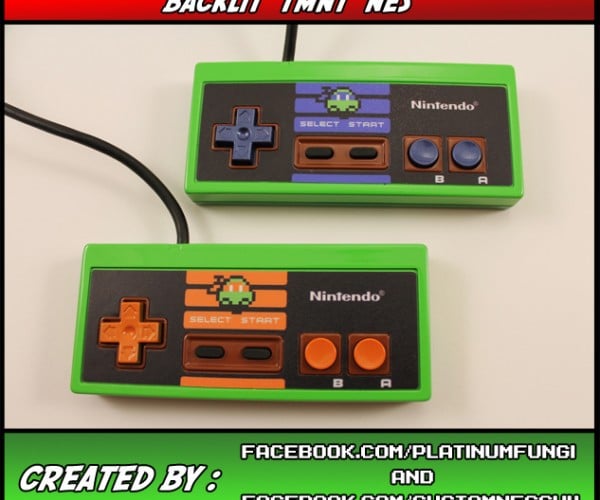 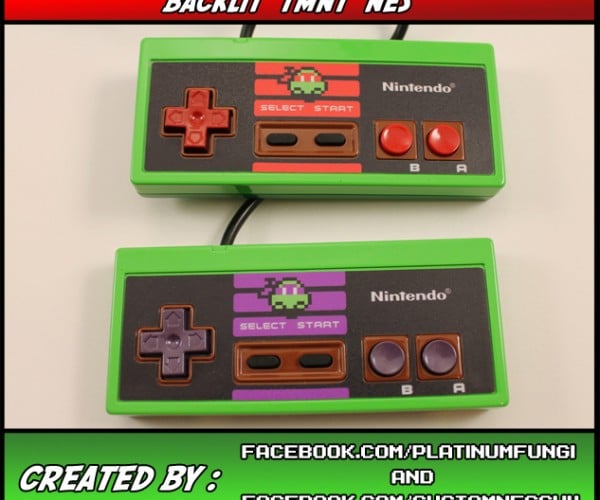 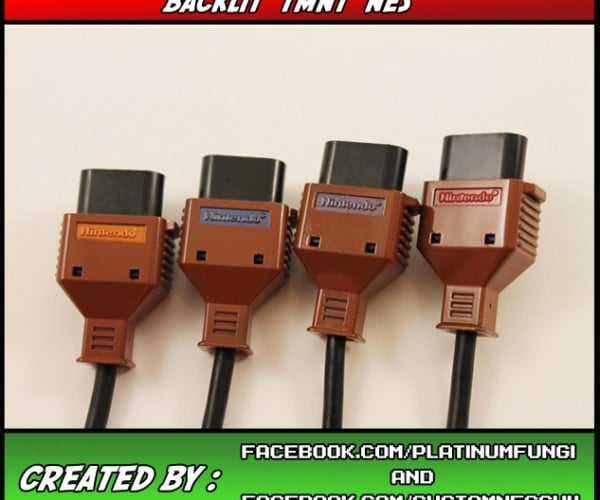 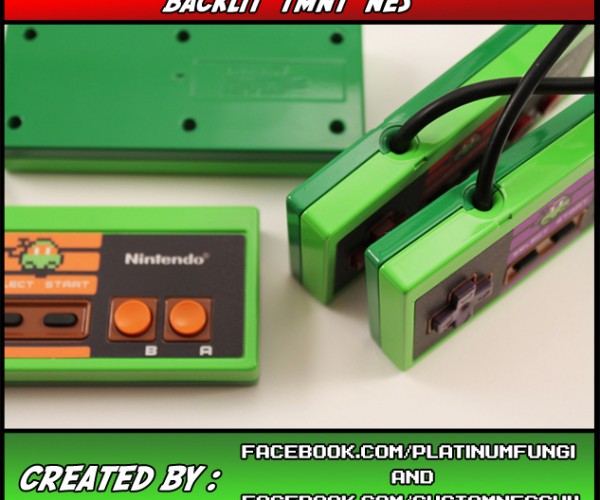 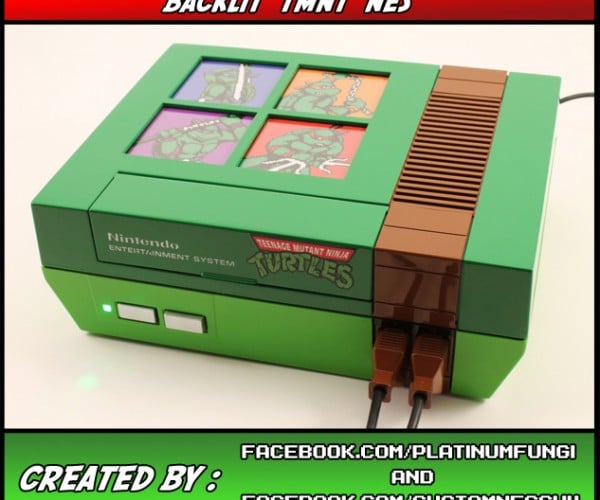 As I said, Ryan is selling this particular console. It’s going to cost you more than a box of pizza though. As of this writing you have to bid at least $1,275 (USD) on eBay to get a chance at owning the console.