FaceRig Turns You into a Digital Avatar in Real Time: Self-e

Here’s a program that could be one of the big hits of 2014. Currently in development by Holotech Studios, FaceRig lets anyone with a webcam project their head movements and facial expressions onto a virtual character, all in real time. It’s Dance Central for your face. 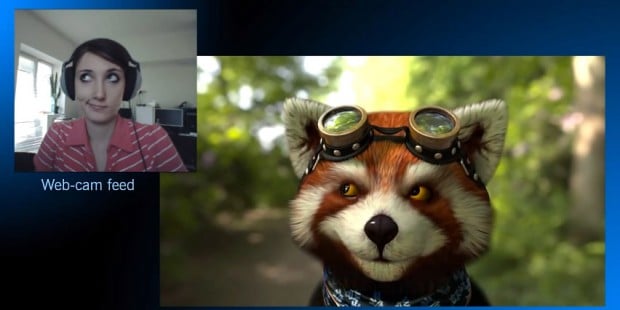 According to Holotech Studios, FaceRig is based on “real time image based tracking technology” made by Swedish company Visage Technologies. Aside from tracking and mapping your head and face, voice alteration will also be included in FaceRig. So you can become a voice actor, a motion capture actor and an animator all at once.

So what can you do with the FaceRig? For starters you can stream a show online using your avatar as your visage. You can be the next Hatsune Miku! Or rather, Half-sune Miku. You can make a simple animated film without spending a single second or cent in 3D modeling software. Or you can just make funny faces all day.

Holotech Studios plans to release several versions of FaceRig for different devices and use cases, such as a full featured desktop program for professional use and a mobile app for funny face use. For now a pledge of at least $5 (USD) on Indiegogo will be enough to score you both a beta and a full license to the basic version of FaceRig.