Look, up in the Sky!

Thank you to Sprint for sponsoring this article. Get inspired by innovation and see what’s next at Sprint.com/faster.

Sprint Faster is a great site to visit if you’re looking for the latest on new and upcoming technological breakthroughs, featuring stories from leading tech experts on the shape of things to come.

While flying drones are often associated with military missions or espionage, the ability to send small payloads through the air under remote control opens up possibilities for all kinds of other interesting applications. In fact, unmanned aerial vehicles (UAVs) could change everything from the way we provide emergency services in disasters to how your pizza is delivered. Here are just a few technologies in the works that could send tiny aircraft into our skies in the not-too-distant future. 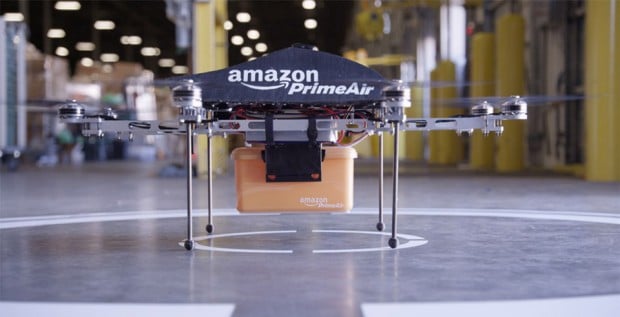 Perhaps the most well publicized recent story about flying drones is that of Amazon’s Prime Air service. This outlandish sounding package delivery service would use flying drones to deliver small packages at ranges up to 10 miles from Amazon’s warehouses. The drones would autonomously navigate to their destination using GPS coordinates, and could deliver payloads up to five pounds, which Amazon CEO Jeff Bezos says would cover 86% of the individual items they sell. Such a service could substantially reduce delivery and fuel costs, since the flying drones operate on electricity, and fewer drivers would be required for delivery.

In addition, the service could enable deliveries in as little as 30 minutes to homes within range of Amazon’s widespread shipping facilities. There are certainly questions about the viability of such a service, ranging from theft to air and consumer safety, but it sure seems like a cool idea. And Amazon is one of the few companies with the resources and logistical expertise to pull something like this off. 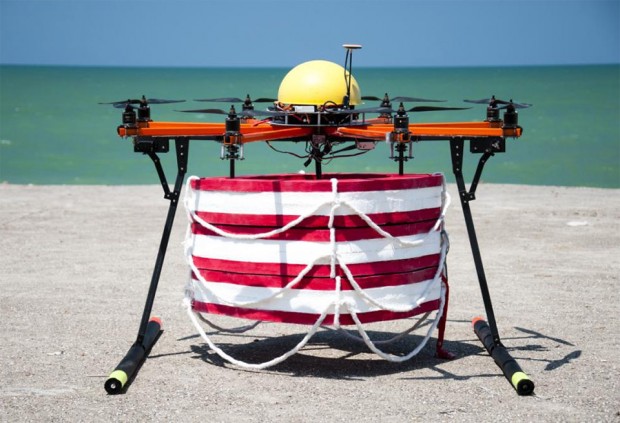 While remote-controlled drones are frequently used in search and rescue missions, they generally are used to assess conditions and safety or to look for survivors. But there’s at least one project in which the drones could more directly save lives. In development by Iran’s RTS Lab, the Pars Aerial Rescue Robot could be used not only to relay visual and heat signature feedback to rescue personnel, it could actually carry and drop rescue supplies. 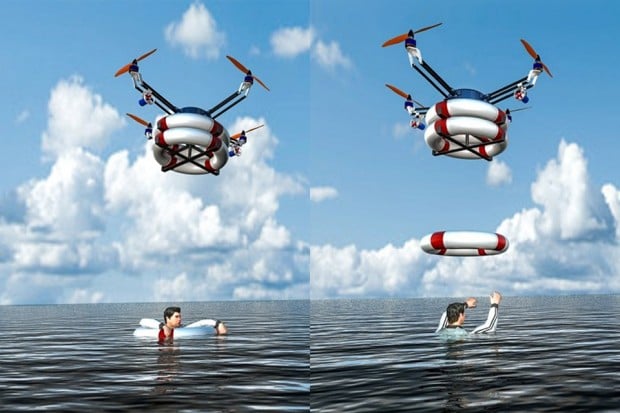 The most compelling example of this so far is the ability to do marine search and rescue operations, flying over victims in the water and dropping life preservers to them. Multiple rechargeable drones would be stored aboard rescue ships to help search much larger areas of open water than possible with a single helicopter, and deliver supplies to multiple victims in the water.

Another unexpected use of UAVs is in the field of archeology. Inexpensive flying drones have been used to survey large archaeological dig sites and generate topographic maps in a fraction of the time required for traditional surveys. Even more importantly, the drones can be used as to monitor and protect historically significant sites from damage or destruction. In Peru, archaeologists have used drones to map numerous sites, though they have struggled with the nation’s higher altitudes, and are currently experimenting with blimp-based drones instead of quadcopters. 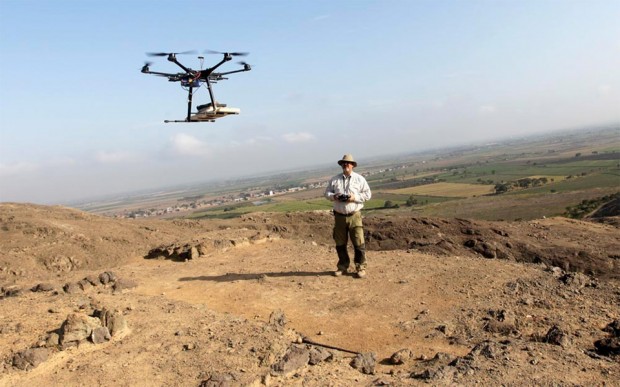 These are just a few of the more unconventional uses for UAV technology. In addition to the examples here, flying drones are regularly being used to help shoot movies and TV shows, to detect and monitor forest fires, and to even help locate deposits of minerals for use in the production of fuel. They’re also being used for less serious uses, like delivering sushi and burritos. 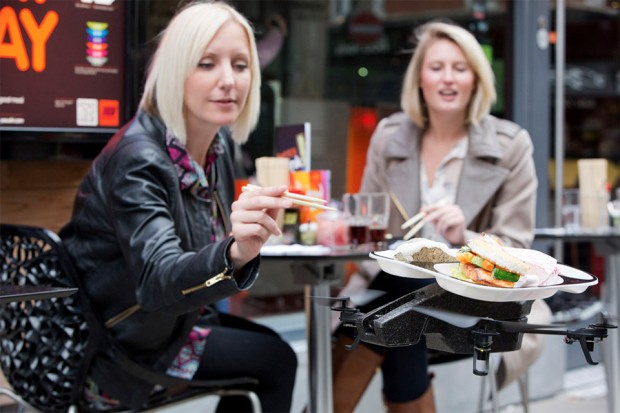 Disclosure of Material Connection: This is a “sponsored post.” Technabob received compensation for writing it, however, we only recommend products or services we find newsworthy or have used personally, and believe will be good for our readers.

Thank you to Sprint Faster and Technorati Media for being sponsors of this article. All opinions expressed here are my own.