While pretty much every smartphone today looks like a thin slab of glass and plastic or metal, this upcoming device eschews these conventions, going with a dramatically different approach. 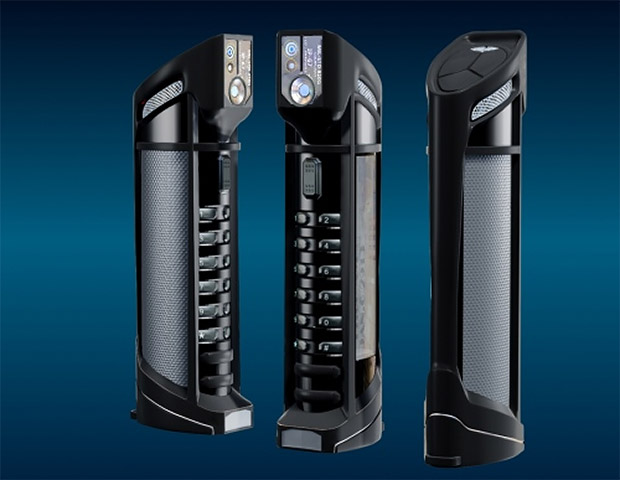 Developed by Houston-based Noitavonne Instruments, the Noit Spectrum (aka the “Noit Joystick”) looks more like a canister of pepper spray, or some strange gizmo from the Star Trek medical deck than a phone. But if you look closely, you’ll see a numeric keypad there in the middle, and it does look vaguely like the shape of an old-school phone handset. There appears to be a small display at the top, as well as a set of physical buttons, and a screen on its side.

The device is actually being referred to as a “Mobile Companion Device,” so I’m not even sure it’s a full smartphone, or if it’s some sort of funky Bluetooth handset. I’m assuming it’s a standalone device, as it’s described as having a 1.2GHz processor, 3G connectivity, Wi-Fi and 64GB of storage, according to its entry on the CES website. I did manage to find a concept video up on YouTube which indicates that it is a full-fledged media player, which runs a flavor of Android, and can wirelessly stream content to larger displays.

While there’s no info yet up on the Noitavonne Instruments website, I’d assume we’ll find out more during CES next week.