Wii U GamePad Hacked to Stream from PC: Nintendo Shield

At the 2013 Chaos Communication Congress, a group of hackers called Mema Haxx showed off a neat trick: streaming and controlling applications from a PC to a Wii U GamePad. They even played a bit of The Legend of Zelda: The Wind Waker from a Gamecube emulator. Hacker humor folks. 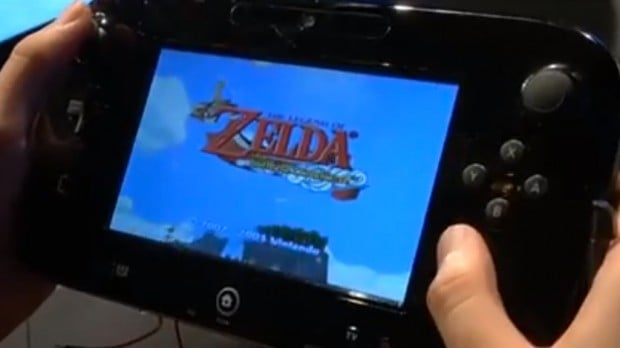 I’m not even going to pretend that I understand what Mema Haxx did to pull this off, especially since you can watch the presentation in its entirety in the video below. Lesser mortals such as I should proceed to around 47:30 in the video to check out the demo.

You can also read Mema Haxx’ presentation on Google Docs. Although the group thinks that the hack is very promising, it’s still in alpha and won’t be of any use to anyone except coders. For now you’d be better off commissioning a Cross Plane. But keep that Wii U GamePad healthy.