The six-sided die is one of the most recognizable symbols of gaming and gambling. But as Dr. Matt Fleming states, cubes don’t roll well. You know what does? A dodecahedron. So Matt put the numbers one through six twice on a 12-sided die. Hence the name Doublesix Dice. 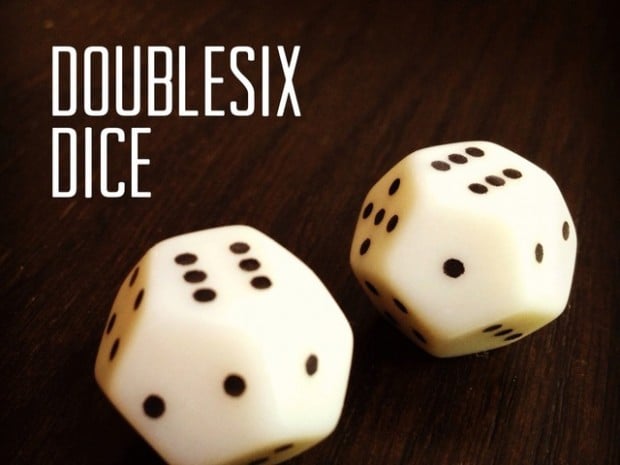 Aside from being 12-sided, Doublesix Dice also have the same number of pips printed on opposing sides. Matt says this makes the dice more balanced compared to ordinary six-sided die.

Roll a browser then head to Kickstarter to get Doublesix Dice. A pledge of at least $10 (USD) gets you a pack of 12 dice.