Cat Has TIE Fighter Markings: The Empire Claws Back

This cat must be part of the Imperial fleet and he doesn’t even try to hide it. Either that or he is an a never ending war with that TIE Fighter on his fur. Maybe the Empire sends him out to act as a decoy to fool other animals and distract them. 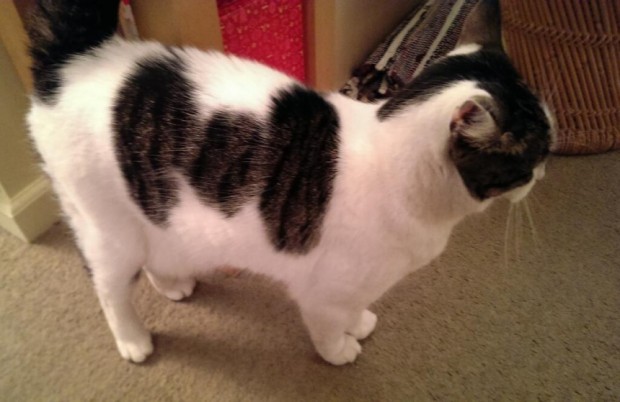 This cat is owned by Ella McConnell, who must make spaceship and laser noises every time it walks by. I know I would. This cat needs to watch out for X-wing cats if he wants to avoid a fight. Maybe he could just face the other way and let it pass.

This is just more proof that God loves Star Wars. Not the prequels though. That is the devil’s work.

[via Club Jade via Nerd Approved]

NERF and Disney Team Up to Sell a $120 Mandalorian Rifle: This Is the Way
Home Subscribe vis RSS Feed
« Previous
Next »
Advertisement