Even though 3D printing is still a young technology, customers already have a lot of brands and types of 3D printers to choose from. The founders of Deltaprintr hope to set their device apart by coming up with a great balance of simplicity, efficiency, quality and affordability. And by removing a vowel from the printer’s name. 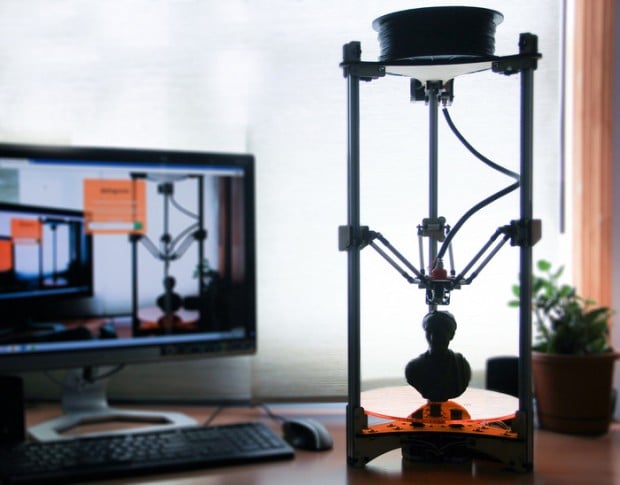 Save for the 3Doodler, the Deltaprintr is the most barebones printer I’ve seen. It has aluminum beams, laser-cut carriages and drive reels, three stepper motors, an acrylic build platform and a fishing line instead of belts to control the carriages. But it still has a print resolution of 100 microns, on par with other 3D printers on the market. 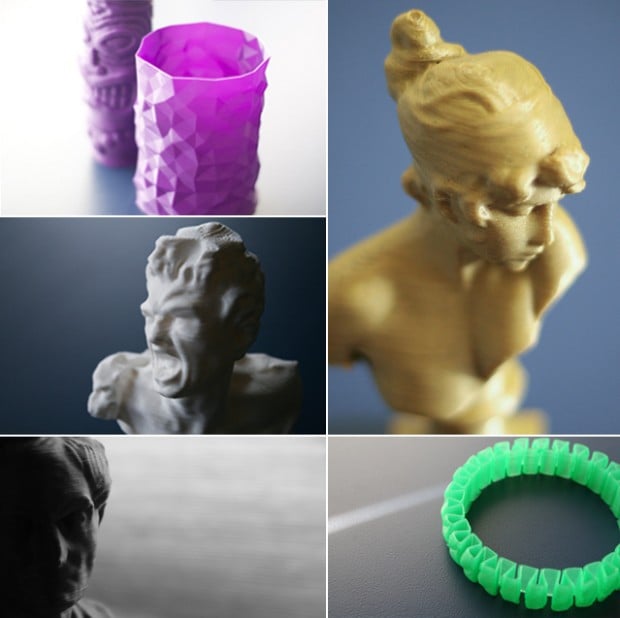 The Deltaprintr will also come with a probe for automatic calibration, a feature that you won’t find in many other 3D printers. Finally, it will be expandable. Longer aluminum towers will soon be available as a separate purchase for those looking to expand the build volume of the Deltaprintr.

As of this writing there’s still more than a couple of days left to pledge for the Deltaprintr on Kickstarter. Pledge at least $655 (USD) by Saturday January 4th to get a fully assembled printer as a reward.