John Baichtal of MAKE Magazine shared a hidden gem in Wizards of the Coast’s Dungeons & Dragons website. It turns out writer and illustrator Jason Thompson has been making comic strips of epic proportions for the D&D website. The strips take the form of huge maps based on D&D modules, i.e. booklets that outline preset adventures. Jason annotates the maps with the humorous experiences of a theoretical band of adventurers. 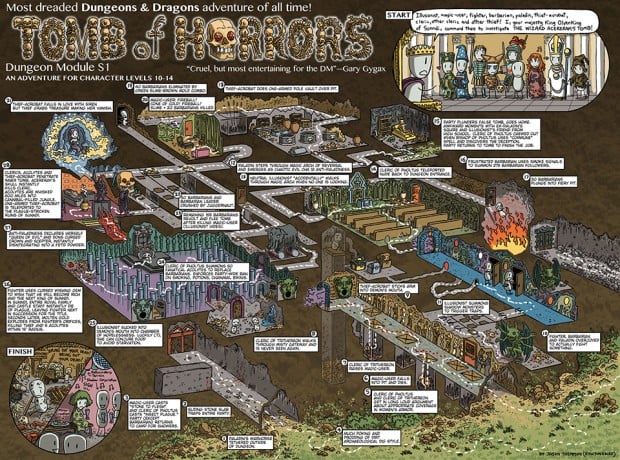 Jason’s drawings are relatively simple, but it’s his writing that makes the maps shine, from mild jokes about traps – “Assassin sticks hand into demon’s mouth to get gem, loses two ring slots” – to terrible player choices – “Leaving the Dining Room, party is attacked by 8 Gargoyle Statues… Shugenja returns to entryway to get his sandals, and is attacked by 4 Dragon Statues” – and even breaks the fourth wall at times – “Cleric of Pholtus and Cleric of Trithereon get in long loud argument about appropriate coverage in women’s armor.” 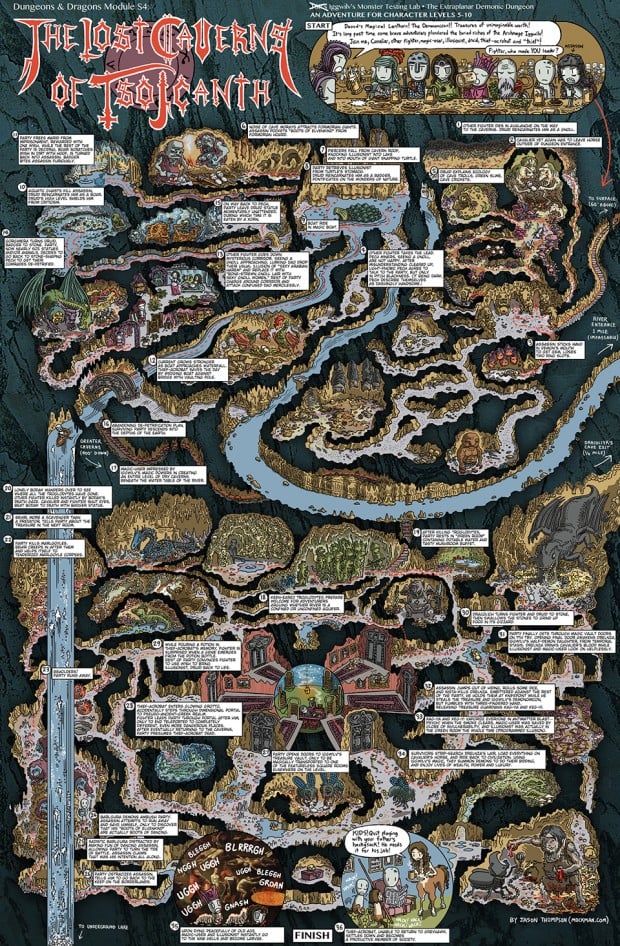 I’m sure the people who’ve played through or are playing through these adventures will find his annotations even more hilarious. Plus, just look at how out of control the strips can get!

I’d share all of them here, but as you can see that would be doing a great disservice to Jason’s work. I highly recommend that you check out all of them on the Dungeons & Dragons website. Look for the ones with “Walkthrough Map” in the title, except for the latest strip, Ravenloft. If you like Jason’s work check out his other creations, King of RPGs, Manga: The Complete Guide and much, much more.

[via MAKE via Laughing Squid]