A couple of months ago we found out how Redditor dekuNukem hacked his Nintendo 3DS to automatically hunt for shiny Pokémon in Pokémon X/Y. It turns out he built on that hack and drastically improved it. His new hack, which he calls Poké-O-Matic, not only hunts for shiny Pokémon, it also hatches eggs and does all the other time-consuming tasks associated with hatching. 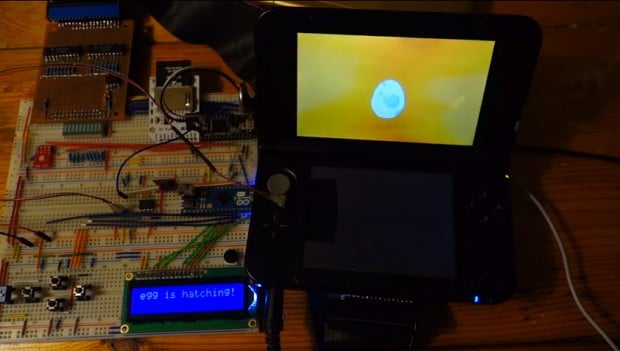 The Poké-O-Matic is powered by two microcontrollers an Arduino Micro and a Teensy 3.0. dekuNukem switches between his hack’s functions with a push of a button.

As I mentioned, Poké-O-Matic can hatch eggs on its own. That includes biking back and forth to pass the time until his Pokémon at the Day Care Center produce an egg, then retrieving said egg, then walking back and forth until said egg hatches. Then Poké-O-Matic deposits the hatched monster into his PC and repeats the cycle. It can even release Pokémon if his deposit boxes become full. 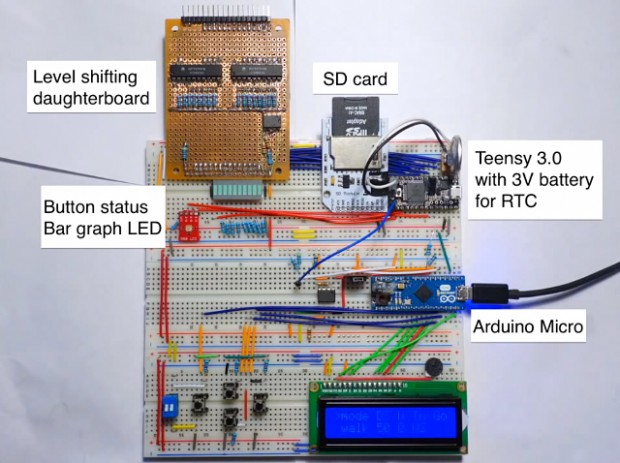 As before, dekuNukem’s hack can also catch shiny on the field by entering battles repeatedly. It can do so on water… 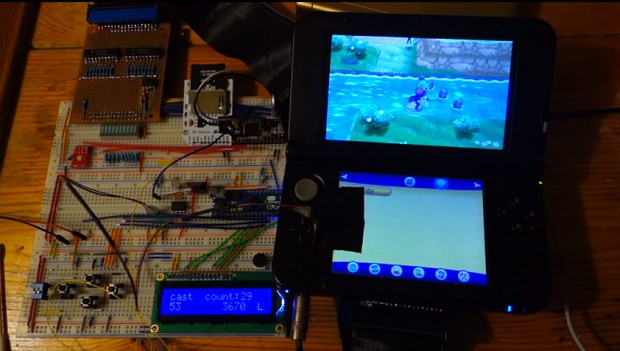 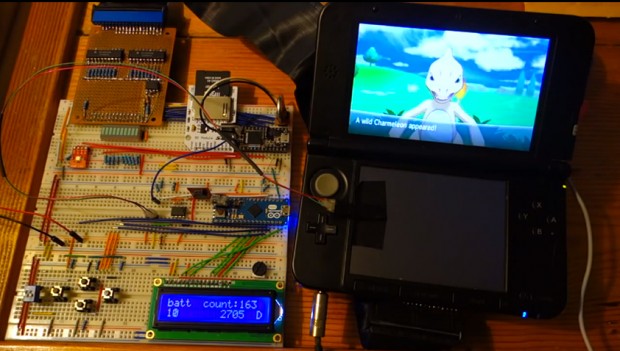 …and even against hordes by using the Sweet Scent skill. 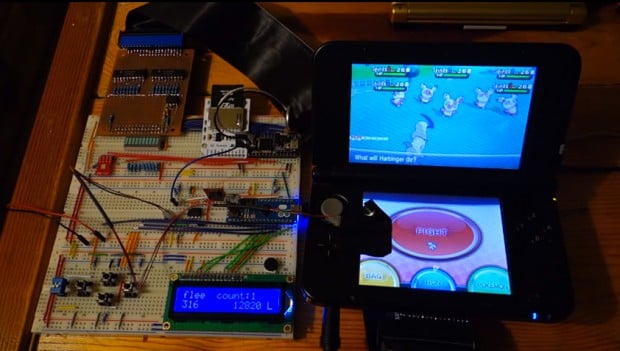 So far so good for the lazy gamer, right? But dekuNukem’s Poké-O-Matic has one more ability, one that is straight up cheating. It takes advantage of the trading glitch in the game to clone Pokémon. It doesn’t work all the time, but dekuNukem himself seems to regret putting this mode. It’s bar none the quickest way to get a shiny, and therefore ruins the monsters’ value. 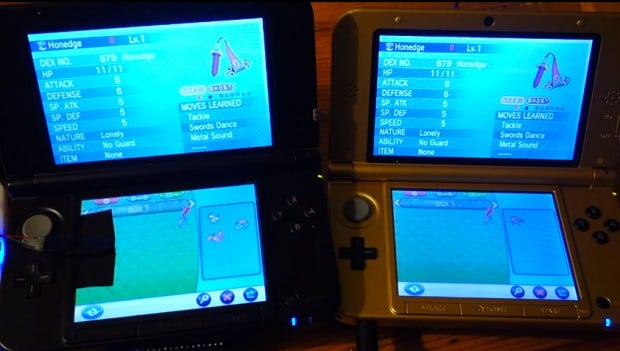 With all three methods – endless hatching, brute force catching and cloning – it’s no surprise that dekuNukem now has a ton of shiny Pokémon. 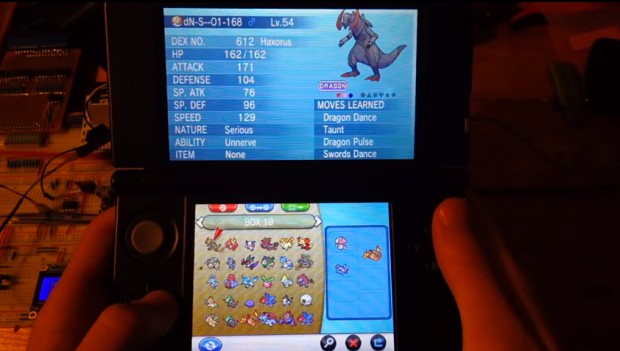 Watch his video for the full details and demo. Be sure to turn annotations on so you can read dekuNukem’s explanation.

You can download the Poké-O-Matic program from dekuNukem’s Dropbox, but he recommends that you streamline it further as it’s a mess as-is. As for the merit of this hack, I think this will only cheapen shinies for anyone who uses the hack. As with many things, if you’re not the one who earned it, you probably won’t appreciate its value. But I still admire dekuNukem’s skill and ingenuity for building Poké-O-Matic. The man practically invented a gamer, albeit one that’s a cold-blooded cheater.