If you have never been to a track day where you take your car and drive on a real racetrack, you may not know that GoPro cameras are as common as drivers at the events. People like to record the track antics for a lot of reasons. Video of your session is good for more than showing off, you can improve your driving significantly with some nice video and telemetry data to help you determine the best speed through corners and certain sectors of the track. 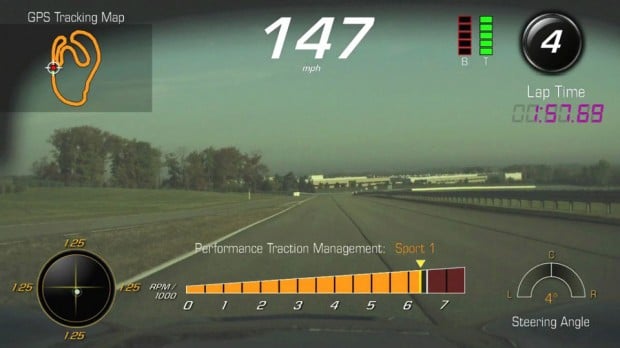 Typically, this involves a camera like a GoPro and some sort of GPS lap tracker along with software for merging your video with the telemetry data. That process is a pain, I can tell you from experience.

Now, GM has announced a really awesome option that will be available later this year when regular production for the 2015 Stingray Corvette kicks off. The option is called the Performance Data Recorder. 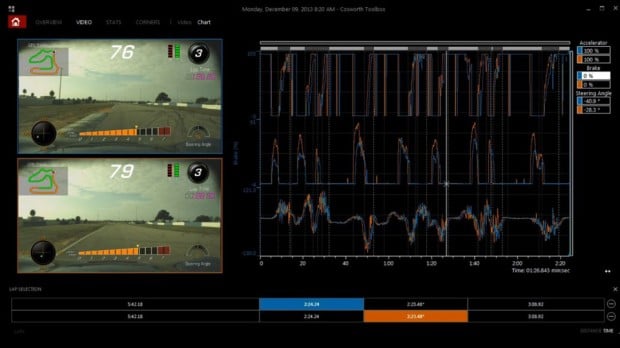 The system has a 720p resolution video camera in the windshield header along with a mic in the cabin. Video is recorded to a SD card in a slot in the glove box. The cool part is that the PDR system has a GPS sensor and is hard wired into the car to give all sorts of details on performance. The system can overlay a GPS track map, lap time, RPM, gear selected, G-forces and more over the video it records.

Pricing for the system will be announced closer to launch, but I would expect it to be rather expensive. An aftermarket system with this sort of capability can cost thousands of dollars.