Projection mapping makes for eye-catching presentations, but for now it’s mostly used in advertising, live performances and for artistic purposes. The folks at animation studio Leviathan think they can simplify the technology for commercial and personal use. The studio’s proof-of-concept is called Ghost Box. 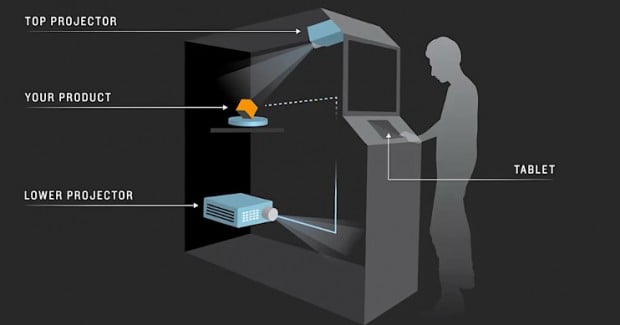 As with other projection mapping setups, Ghost Box uses projectors – in this case two of them – to beam dynamic visuals to a three dimensional object. The kicker here is that instead of requiring sophisticated knowledge or equipment, the system is self-contained and the projectors are controlled by easy to use mobile apps. For instance, in the video below you can see Ghost Box was used as a car configurator. Users simply tap and swipe on a tablet to change the properties of the car, and their choices are projected in real time to a scale model.

Nothing beats seeing and handling an actual object, but I can see Ghost Box being useful for educational purposes. A Ghost Wall or a Ghost Room would be way better though.