One of the many gadgets unveiled before the 2014 Consumer Electronics Show (CES) – really guys, if you keep preempting the show CES 2015 might as well be held this December – the 27″ Philips 272G5DYEB monitor is one of the first monitors to have NVIDIA G-Sync built-in. In theory, this means the monitor’s refresh rate is not static; instead it’s synchronized to how fast your PC’s graphics card can render a given frame. This should eliminate the annoying screen tearing associated with graphics-intensive video. 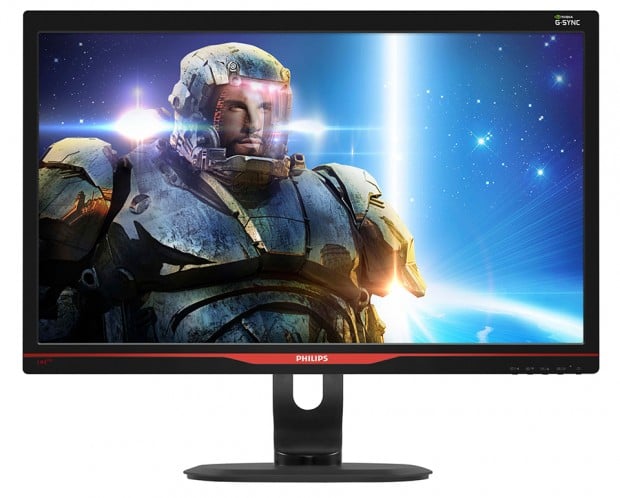 You can read up on G-Sync on NVIDIA’s website, but NCIX made a great summary of the technology, including its advantage over V-Sync, which is the current workaround to screen tearing. Skip to about 1:20 in the video for the explanation.

You might also want to check out Engadget’s footage of NVIDIA’s long-winded demo of G-Sync from a few months ago. I suggest you skip to around 9:40 in the video so you can easily see G-Sync’s (apparent) advantage over a computer using V-Sync.

Aside from having an adjustable refresh rate, Philips’ 27″ 1080p monitor also has an adjustable body. It tilts, pivots and swivels and its height is adjustable as well. 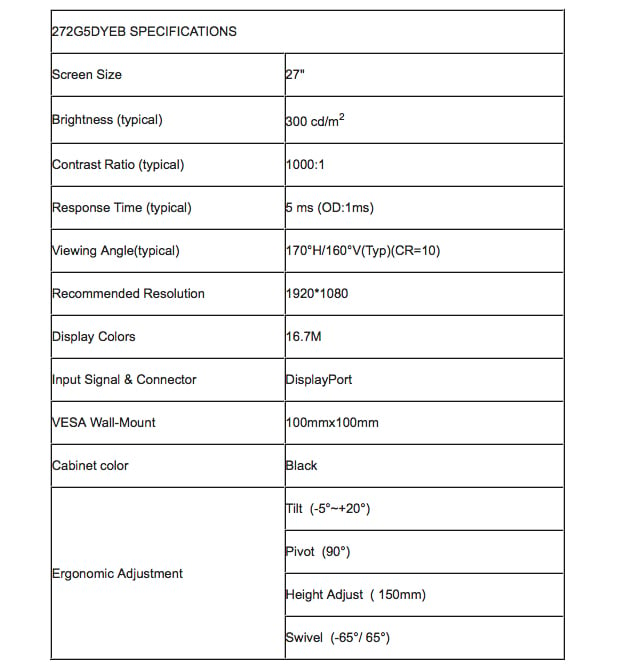 As you can see from its spec sheet, one drawback of the monitor is that it only has a DisplayPort input. I think G-Sync has something to do with this, because the first monitor to be compatible with G-Sync, the ASUS VG248QE also loses its HDMI and VGA inputs when upgraded with the G-Sync modification kit released last year. You still have a few months to weigh your options though. Philips says the 272G5DYEB monitor will be released in the second quarter of this year for $649 (USD).