Tired of hosting his Arcade Club’s gaming sessions at home, Travis Reynolds made the Briefcade. Arcade Club, Assemble!… Somewhere else. 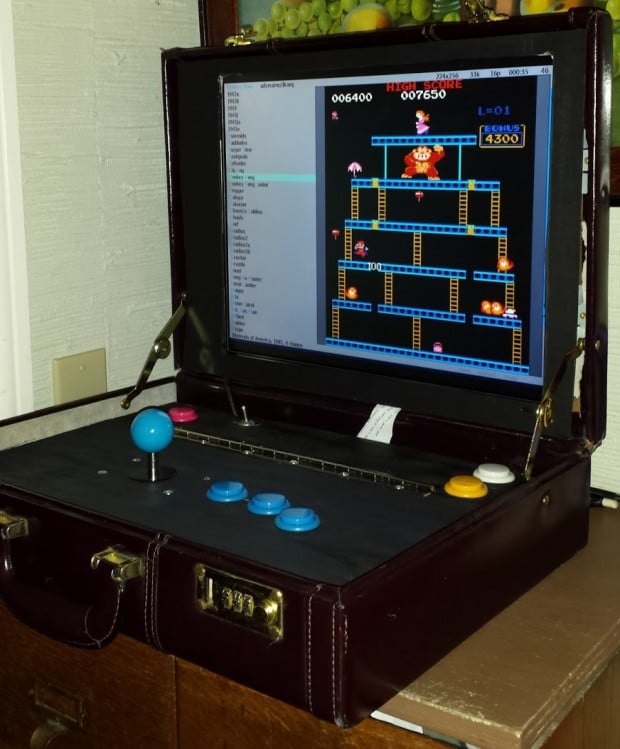 Travis originally wanted to make a foldable tabletop arcade machine, but he eventually scrapped it in favor of the Briefcade. 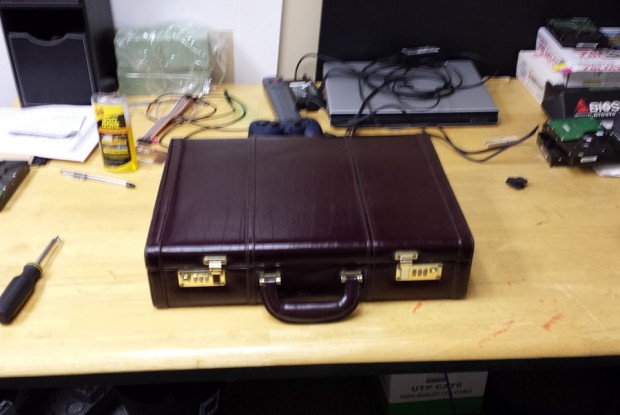 Travis bought a used briefcase for $5 and then tore down one of his LCD monitors. Then he bought Sanwa-style joysticks and buttons, but found out that the joystick was too big and wouldn’t let him close the briefcase as it is, so he just takes the balltop off of the stick when he closes the Briefcade. 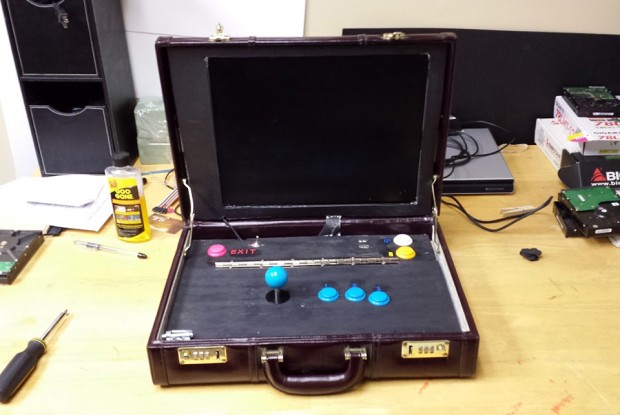 Travis is using a Raspberry Pi and a Linux-based MAME emulator for the Pi called PiMAME. He also connected a USB car charger to step down the voltage on its way from the monitor to the Raspberry Pi. 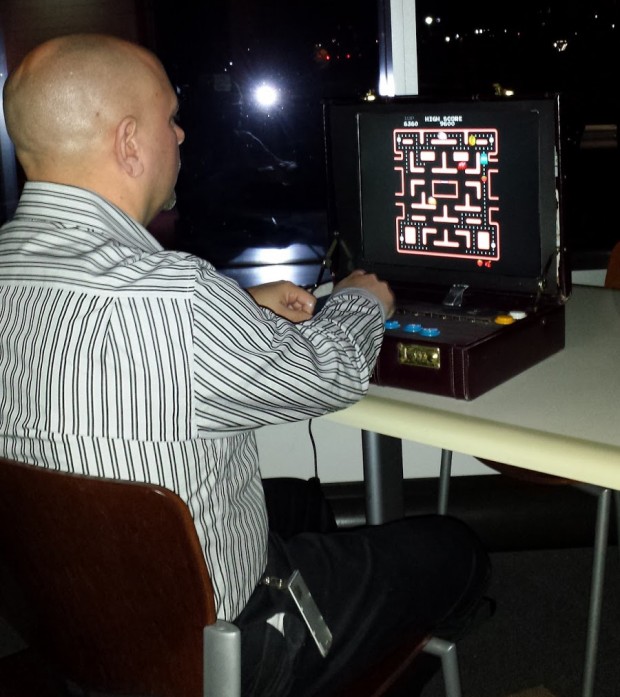 Hold all calls, cancel all meetings and head to Travis’ blog for more on his Briefcade.